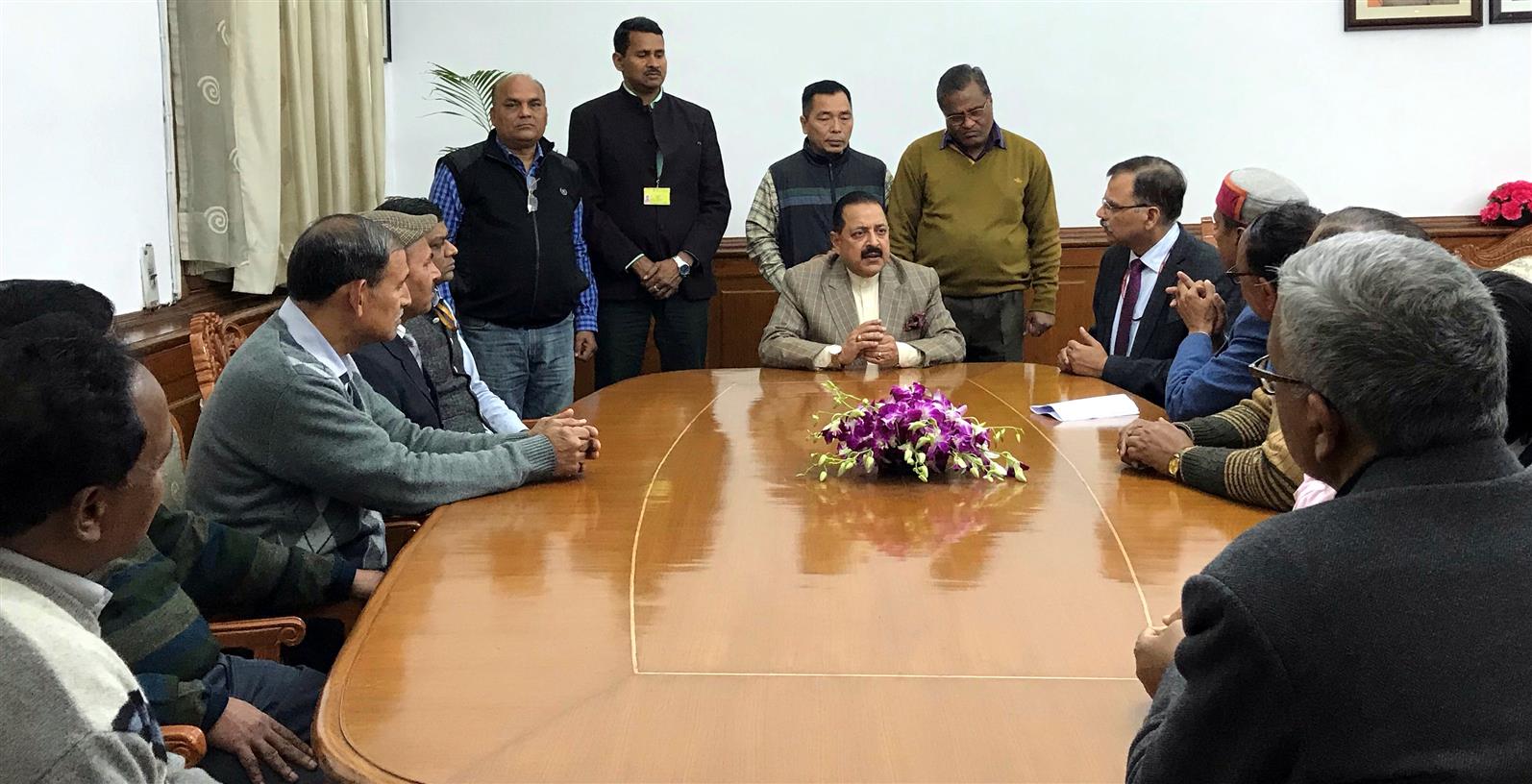 New Delhi: A delegation of Deputy Secretaries of CSS cadre working in various Ministries/Departments of the Government called on the Union Minister of State (Independent Charge) of the Ministry of Development of North Eastern Region, Minister of State in the Prime Minister’s Office, Personnel, Public Grievances and Pensions, Department of Atomic Energy and Department of Space, Dr. Jitendra Singh, here today.

During the meeting, the delegation informed the Minister that the Under Secretaries of Central Secretariat Service (CSS) of the Select List for the Year 2003 have been working as Deputy Secretary on Ad-hoc basis since 2013, but they are yet to be regularised in the grade.

The Under Secretaries of the Select List for the Year 2003 upto CSL No. 5700 based on the SL of Deputy Secretary for the year 2012 have already been included in the Select List of Sr. Selection Grade (Director) of CSS for the year 2017. In other words, almost 88% Under Secretaries of Select list 2003 have already been promoted as Director and only around 50 officers from SL-2003 are left out. These officers have undergone the mandatory Level “F” Training in November, 2018 for promotion to the post of Director.

They said that DoPT has recently issued orders for promotion of 1756 officers in different graded in CSS and 2235 officers in the grade of CSSS in the month of December, 2018, which were pending for almost two years. But, about 50 officers from SL-2003 (Under Secretary) who are eligible for the post of Director are waiting for their promotion. They requested the Minister to intervene in the matter.

After the meeting, Dr Jitendra Singh asked the DoPT officials to look into the matter and expedite the same. He said that the Government has taken various steps to provide cordial working environment to the employees and it is committed to clear the backlog of pending promotions in the Government.