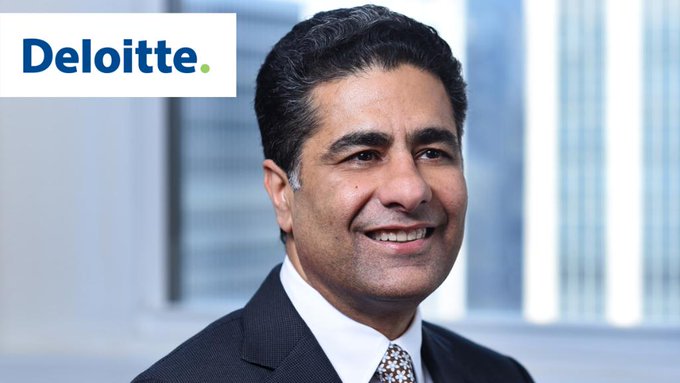 New Delhi: Punit Renjen, Deloitte Global CEO, has been recognised for his business leadership by two organisations in the US. Indiaspora, a leading Indian diaspora group, and the prestigious Oregon Historical Society (OHS) both honoured Mr Renjen for his local and international contribution to business and society.

Indiaspora placed Renjen among an elite group of 50 influential Indian diaspora executives who lead large global corporations. According to Indiaspora, these companies collectively employ more than 3.6 million worldwide and account for a combined USD $1 trillion in revenue and $4 trillion in market capitalization.

The OHS awarded Mr. Renjen its Oregon History Makers Medal, which is given to individuals who have positively shaped the history, culture, and landscape of Oregon. Rengen moved to Oregon from Rohtak, India as a student in 1984, on a Rotary Foundation Scholarship. He was recognized as a Visionary Business leader .

Punit was elected Deloitte Global CEO in 2015. Under his leadership, Deloitte launched ‘WorldClass’—a global effort to prepare 50 million futures for a world of opportunity—based on the belief that when society thrives, business thrives. Deloitte’s WorldClass commitment in India is focused on the education of 10 million women and girls. In response to COVID-19, Deloitte has contributed back through monetary donations, medical equipment, and pro bono project work.

Punit Renjen, Deloitte Global CEO, said: “It is an honour to be recognised alongside some of today’s business leaders. The impact, achievements and presence of the Indian diaspora is immense. As the India success story grows the diaspora represent the best of Indian culture, values and ambition on a global stage. The community acts as a link between India and the world; a beacon for India across geographies. It is a matter of pride to recognize and celebrate this connection and heritage.”

COVID-19 threatens to set aid to education back by six years, warns UNESCO