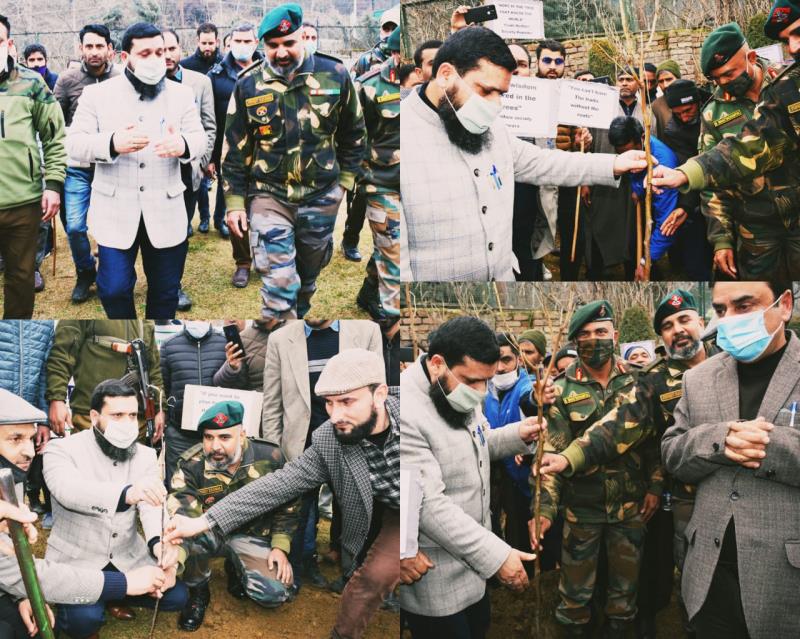 Speaking at the occasion, the DC said that the District Administration has a target to plant one lakh different plant saplings in institutions, Kahchaire and State land in the district.

He said the campaign has been started by planting saplings in the D.C. Office premises to give a message for institutional plantation across the district, adding that all District and Sectoral officers have been directed to ensure plantation in their office premises.

It was informed that the Sericulture department is planting 52000 mulberry saplings in Kupwara district, of which, 37, 000 shall be provided to the farmers free of cost. While as, 15, 000 are being planted in departmental nurseries.

It was also informed that the Social Forestry department is planting 25 lakh saplings in various areas of the district including Kupwara, Handwara and Sogam.

It was further informed that the Forest Department has a target of planting 40,000 pine saplings in various Government institutions of the district.

The DC asked the concerned officers to submit the work done report regarding the plantation drive to his office by the end of the drive.