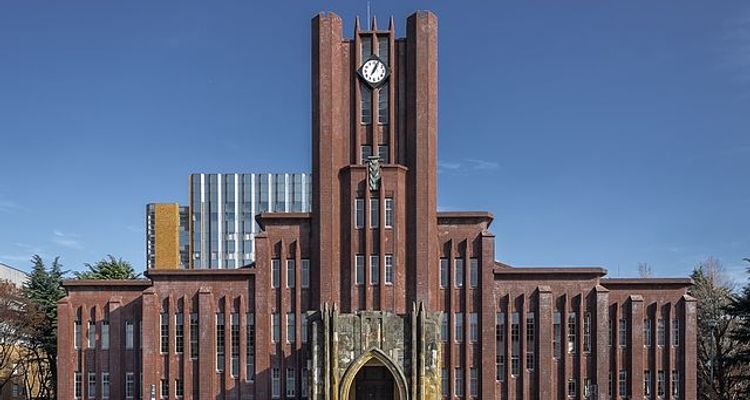 Designing the National Stadium, making use of wood and natural breezes

Architecture
Designing the National Stadium, making use of wood and natural breezes
A fusion of Japanese traditions and contemporary needs

“Through architecture, I want to suggest answers to the various problems the world faces.”


Kengo Kuma Professor, Graduate School of Engineering
KENGO KUMA & ASSOCIATES, Kuma’s office located at Minamiaoyama in Tokyo, commands a view of the Prince Chichibu Memorial Rugby Stadium, the Meiji Jingu Stadium and the Japan National Stadium. “Architecture is a platform where a variety of people can gather. I, as an architect who backs those people involved, hope to build what cannot be done at any other place.” Photo: Junichi Kaizuka
The last time the Olympics were held in Tokyo, architect Kengo Kuma was a fourth-grader watching on TV, captivated by the performances of the 18-year-old swimmer Don Schollander, winner of four gold medals in the swimming events. After the Games were over, his architecture-loving father often took him swimming at the Yoyogi National Gymnasium 1, the same venue where Schollander had recently performed his heroics.

A symbolic arch inspired by and inherited from a past master

“As a child, I was astonished by the power of the building’s remarkable exterior. Inside, daylight poured in through the openings set in the high ceiling and glinted on the surface of the pool. It was one of the things that first inspired me to dream of becoming an architect: I want to make something like this myself one day, I thought.”

The extraordinary design of the National Gymnasium, featuring a large suspended roof that appears to drape dynamically from the two main pillars linked to each other by cables, is a construction style rarely seen anywhere in the world. This design was the work of globally renowned Japanese architect Kenzo Tange, Professor Kuma’s predecessor as an alumnus of the University of Tokyo’s Department of Architecture. A similar arch, fusing strength and beauty, can be found in the design for the new National Stadium, which Kuma was involved in — a kind of continuity across time.

“The oval roof that covers the entire spectator stand is curved so that it rises when approaching the center part. Including this difference in height between the center and outer edges makes the roof strong even without pillars. I like to think that I managed to incorporate the essence of Tange’s arches into our work.”

Even so, the first National Gymnasium 1 in Yoyogi and the new National Stadium are almost diametrical opposites in most respects. If the former focuses on the vertical, the latter achieves most of its effects in the horizontal plane. One soars high into the sky; the other extends across the ground. Part of this can be explained by the very different times in which the buildings were designed. In the lead-up to the 1964 Olympics, Japan was in the middle of a remarkable economic growth period, and the architecture of the time on some level seemed to embody Japan’s pride in its distinctive cultural values, somewhat different from the prevailing western norms.

“During the Meiji era, there was a demand for impressive architecture with the dignity and gravitas to represent Japan’s pride and stature as an independent state; after the Great Kanto Earthquake of 1923, Taisho-era Japan wanted buildings with improved resistance to earthquakes. After World War II, Tange designed the Hiroshima Peace Memorial Park and, for the 1964 Tokyo Olympics, the Yoyogi National Stadium. I think in retrospect it is fair to say that architects from the University of Tokyo have helped create the buildings Japanese society has needed in each major period of the modern era.”

Featuring timber from all of Japan’s 47 prefectures

This spirit is part of Kuma’s DNA as an architect; in his collaborative work for the new National Stadium, he deliberately set out to create a building that would meet the requirements of the present age. One of the main characteristics of the stadium is that it uses Japanese wood, which has a lower impact on the environment than imported timber, in the eaves that line the outer periphery, the roof trusses and the interior of the stadium. The design team sourced forest-certified wood from all 47 prefectures in Japan, in a deliberate allusion to the iconic Meiji Shrine, whose grove was created with trees donated from throughout the country. Most of the components of the stadium were assembled in modules, making it easier to replace the timber with new wood when it deteriorates with age.


In the open space next to the Japan Olympic Museum stand the Olympic symbol and replicas of the cauldrons used to house the Olympic Flame during the three previous Games hosted in Japan.
“The rafters at the five-story pagoda at Horyuji Temple were originally designed a little longer than they needed to be, so that they jutted out slightly. The exposed ends would be shaved off as they deteriorated, and the rafters pushed out a little from the inside. We drew on this for the new stadium. We are no longer in an age of ‘scrap and build’, and need to move away from our reliance on concrete and steel.”

The layers of eaves around the stadium were also inspired by the famous pagoda. The top and the third layer are provided with empty spaces, to allow in breezes and help control the temperature of the playing area and spectator stands. A thorough analysis of accumulated big data showing average annual wind conditions at the site made it possible to calculate exactly the angles and density of the “Kaze no Obisashi,” eaves to guide the wind, and to ensure air circulation without relying on air-conditioning equipment.

This determination to tap the powers of nature is not limited to wind. The large roof features a transparent membrane of photovoltaic cells set on the top edge. These huge glass-like solar panels will provide a boost to the electricity supply. Rain that falls on the roof and pavement will be collected in underground water tanks, and used as irrigation water for the turf on the playing field and 110 types of plants that have been placed along the gallery-style promenade on the top floor.

Another aspect that shouldn’t be overlooked is the stadium’s accessible design, based on the findings of workshops with 14 organizations representing wheelchair users and other groups. “One of the concerns in designing the stadium was to ensure that it had the highest levels of universal design in history,” the design team says with pride. The stadium has more than 450 seats for wheelchair users, designed so that views are not obstructed even if the person in front is standing. Toilet stalls are equipped with speakers, and many facilities including main toilets and lounges have flash lamps to convey emergency alerts and other important information to people with visual or hearing impairments.

“Architecture needs to play a part in responding to the various problems the world is facing, environmental issues in particular.”

Kuma has already suggested a diversity of unique answers, including the Takanawa Gateway Station, with its origami-inspired roof; the Water Branch House, in which water flows through walls made from “water blocks” (plastic tanks); and the Casa Umbrella, where 15 umbrellas come together to form a dome house. Not long ago, he visited Portland, Oregon in the US to work on a project to revitalize a Japanese garden with 50 years of history. While he was there, he was surprised to hear a story from a local person involved in the project.


A signature work by Kuma on UTokyo’s Hongo Campus is the Daiwa Ubiquitous Computing Research Building (photo), which was completed in 2014 and can be found standing close to Kasuga Gate. Also, in January 2020, the hall and lounge areas of Faculty of Engineering Building 11 were redesigned by Kuma and HASEKO Corporation and became the HASEKO-KUMA HALL.
“There’s a lake near the garden, and this person told me about a certain Olympic gold medalist who trained there as a young man. So now it looks as though I’m going to be able to meet my childhood hero after all these years; I’m really looking forward to it.”

Fifty-six years after young Kuma was inspired to dream of becoming an architect as he swam in that Yoyogi pool, the Olympics are returning to Tokyo. Kuma says he’s looking forward to the day he can watch the Games in the breezy spectator stands — hoping, perhaps, that this forest-themed stadium will provide the same inspiration to the next generation of architects as he himself received from Kenzo Tange’s Yoyogi National Gymnasium 1.