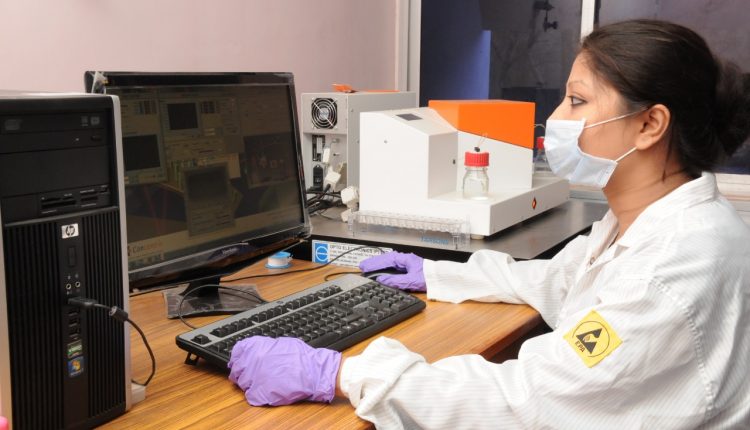 Despite the Pandemic, IIT Madras Witnesses a Year of Major Developments

CHENNAI: Indian Institute of Technology Madras witnessed major developments during the year 2021. From the Inauguration of the Institutes’ Satellite Campus by the Hon’ble Prime Minister Shri Narendra Modi and retaining the #1 Ranking in NIRF to COVID-19 Related innovations, it was a year of intense developments

Some of the major highlights have been shared below:

This satellite campus of IIT Madras, set up at a cost of Rs. 1,000 Crore, hosts state-of-the-art standalone Research Centres with large dedicated facilities and will have its own support infrastructure such as hostels for the research scholars and fellows, common instrumentation laboratories, and conference facilities, among other amenities. Two research centres are already coming up at Discovery Campus. They include:

–          National Technology Centre for Ports, Waterways and Coasts (NTCPWC), which is funded by the Ministry of Ports, Shipping and Waterways, Government of India. It will house the country’s first large ‘Shallow Water Basin’ facility for coastal and estuarine research and industrial applications.

–          The second research centre to come up in the Discovery Campus is the ‘Solid Propellant Combustion Modelling Facility’ of the Centre of Propulsion Technology, which is funded by Defence Research and Development Organisation (DRDO).

IIT Madras, once again, swept the top honours in National Institutional Rankings Framework (NIRF) this year, emerging as the undisputed leader in education in the country. The results of NIRF 2021 were announced on 9th September 2021 by Shri Dharmendra Pradhan, Hon’ble Education Minister, Government of India.

In the newly-launched category of ‘Research Institutions,’ IIT Madras was Ranked #2 in the country, behind only the Indian Institute of Science (IISc), Bengaluru.

A total of 1,962 students graduated during the 58th Convocation of Indian Institute of Technology Madras, which was held virtually on 20th November 2021). As many as 2,425 degrees (including Joint and Dual Degrees) were awarded to students on the occasion. This includes the highest number of PhDs awarded in an academic year – 392, which includes PhDs, Joint Degree Ph.Ds with foreign institutions and Dual Degree PhDs.

Ø  Breath Patterns and risk of infection

In addition, IIT Madras Alumni in India and abroad have donated more than US$ 2 Million towards COVID relief efforts in India.

IIT Madras launched a Tech Magazine, which was the first-of-its-kind to be published by an Indian Educational Institution. Called ‘IIT Madras Shaastra,’ this Science, Technology and Innovation magazine will address a mass audience and articulate not just Indian but global trends.

The program will make grants each year to accelerate women technologists’ careers as well as provide a supportive environment for women to thrive at IIT Madras. The Endowment Fund aims to grant Rs. 70 lakhs for various initiatives.

IIT Madras has established an ‘Institute Advisory Board’ (IAB) comprising eminent alumni and well-wishers from across the world. The Board will provide guidance to the Institute on the best global practices followed by renowned international institutions, enabling it to emerge as one of the top educational and research institutions in the world. The distinguished members are drawn from various fields including business, academia and philanthropy.

IIT Madras developed India’s first indigenous motorized wheelchair vehicle that can be used not only on roads but even on uneven terrains.

Called ‘NeoBolt’, it has a maximum speed of 25 kmph and travels up to 25 km per charge. It empowers wheelchair users with a convenient, safe and low-cost mode of outdoor mobility when compared to cars, auto rickshaws or modified scooters. NeoBolt is powered by a Lithium-Ion Battery.

The Institute launched two Online Diploma Programs in Programming and Data Science. The diplomas are open to students, working professionals, and job seekers who have completed at least two years of their undergraduate education in any discipline through any mode.

IIT Madras recorded a historic high in job offers received during Phase I of Campus Placements for the Academic Year 2021-22.

As many as 73 per cent of students who opted for Campus Placements during 2021-22 have received job offers at the End of Phase I. Phase II of Placements will begin in the second half of January 2022.