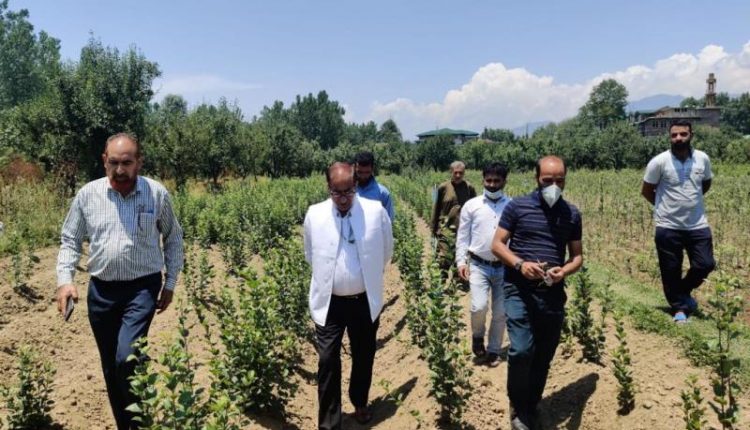 During the tour, the DG visited prominent fruit growing areas of the district and held interaction with progressive orchardists and assured them that the UT Government is very keen to develop the fruit industry.

He also paid visit to Fruit Plant Nursery Ganeshpora known for walnuts. The officers briefed the DG regarding the activities being carried out in the nursery for propagation of quality walnut plants.

The DG expressed his satisfaction on the work done and sanctioned one borewell in the said Nursery to resolve water scarcity problem.

He also reviewed the recently launched Modified High Density Plantation Scheme with the Chief Horticulture Officer and other field functionaries of the department and stressed its implementation in mission mode in Union Territory for doubling the income of farmers.

The DG during the visit was accompanied by Chief Horticulture Officer Anantnag, Farm Manager ACHD Zainpora and other officers of the department.