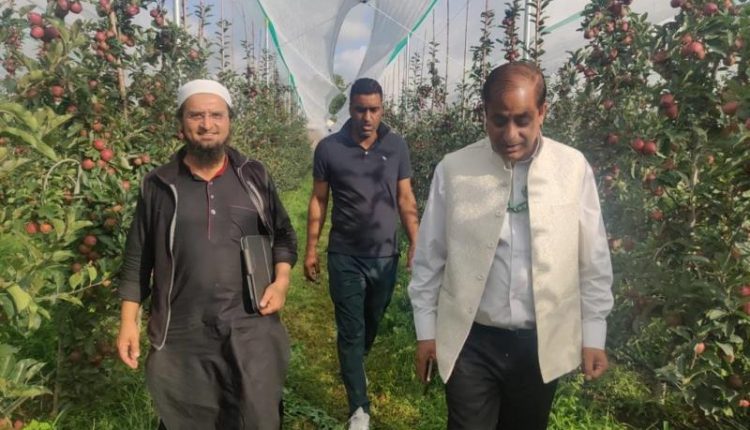 During the tour, the DG visited various CA Stores established in the area with Government support. Speaking on the occasion, he highlighted the scope of post-harvest management and stressed on increasing the CA Store capacity, so as to avoid any distress sale of fruit crops.

Later, the DG visited various High Density orchards at Gogloora and interacted with young entrepreneurs. He appreciated their hard work, and said that the same would serve as an inspiration to others.

He further said that the Department is committed to bring more area under High Density plantation, for which the Government has launched the Modified High Density Plantation Scheme.

Bhat also urged on diversification of fruits and said that a good area will be brought under various fruit crops like Pear, Plum, Cherry, Almond etc., besides Apple under the said scheme.

The DG during the visit was accompanied by field functionaries of the department and members of Joint Inspection Team (JIT).