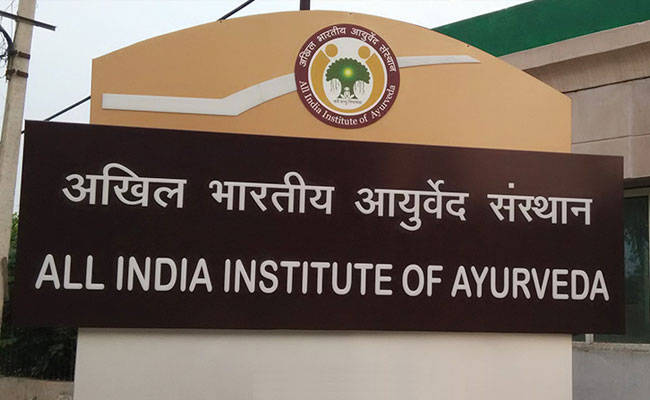 New Delhi: A MoU was signed between All India Institute of Ayurveda (AIIA) and Delhi Police today for extending the Ayurveda Preventive and Promotive health services in the residential colonies of Delhi Police. These services are to be provided through a mobile unit named ‘Dhanwantari Rath’ and Police Wellness Centres and are to be catered by AIIA, supported by Ministry of AYUSH.

A Signed MOU was exchanged between Commissioner of Delhi Police Shri S N Shrivastava and Shri Pramod Kumar Pathak, Additional Secretary, Ministry of AYUSH. The Dhanvantri Rath was flagged off in the presence of Prof. Tanuja Nesari, Director, AIIA.

AYURAKSHA a joint venture of AIIA, an autonomous Institute under Ministry of AYUSH and Delhi Police aims for maintaining the health of frontline COVID warriors like Delhi police personal through Ayurveda immunity boosting measures. In continuation of the project, Ayurveda Preventive and Promotive health care are now planned to be extended to the families of Delhi Police personnel.

PM Narendra Modi to interact with IPS probationers at Sardar…

On this occasion, Shri Pathak said that the joint venture of AIIA and Delhi Police is biggest ever first of its kind and was highly successful and role model for others. He appreciated the efforts of Delhi Police as frontline warriors. After distributing AYURAKSHA kits to nearly 80,000 police personnel for over a period of 2 months, the incidence and mortality of COVID 19 was significantly brought down in Delhi Police personnel. The services are now being extended to Delhi Police Families also. Dhanwantari Rath and Police wellness centres would be outreach OPD services of AIIA and aimed to benefit the Families of Delhi Police through Ayurveda Preventive health care services. Dhanwantari Rath – Mobile unit of Ayurveda health care services would consist a team of Doctors who would be visiting Delhi Police colonies regularly. These Ayurveda Health care services are expected to reduce the incidence/prevalence of various diseases and also reduce the number of referrals to hospitals thereby reducing cost to healthcare system as well as patient.

Prof. Tanuja Nesari highlighted that the time tested and scientifically proven prophylactic Ayurveda medicines helped in reducing the incidence of COVID 19 significantly in Delhi Police Personnel. She said that the Ayurveda emphasizes equal importance for Prevention & Promotional health care services along with as curative health care. Prof. Tanuja further said that the services at Police Wellness Centres would be more accentuated towards improving lifestyle by Ayurveda Lifestyle measures like Dinacharya and Ritucharya Practices.

In his address the Commissioner of Police appreciated the efforts of the Ministry of AYUSH & AIIA toward health promotion for Delhi Police. He also appreciated that the joint venture of Delhi Police and AIIA is highly successful.

myFanPark, connecting fans to their favourite celebs, has launched in India

iednewsdesk Jul 30, 2021
U.S. national laboratories and many prominent publishers, journals and other organizations in scientific…

Carnegie Mellon University: Bringing Students into the Next Industrial…