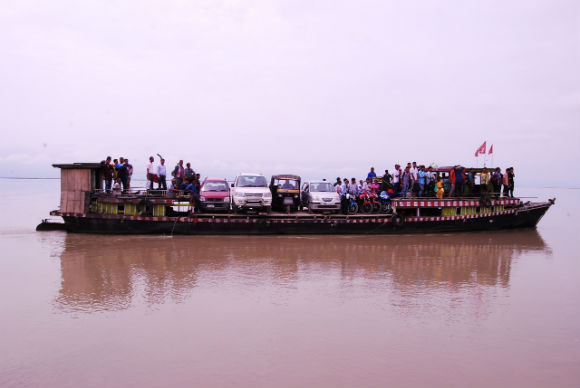 New Delhi : With the successful completion of our pilot projects in Bihar, Chhattisgarh, and Assam Lightcube Film Society invites you to a special evening at Zorba the Buddha, 7 Tropical Drive, MG Road on the 10th of September, 2017 to present the various accomplishments of the project to date, and to hold a conversation around the Dhenuki Cinema Project – An initiative that uses medium of film to transform villages.

The Dhenuki Cinema Project is an intricate exercise that is executed in three phases in each village over a period of twenty-one months. The project introduces the population to a wide selection of films curated from libraries of content partners NFDC, PSBT, CMS Vatavaran, Films Division & NETPAC. In the first phase of the project trained volunteers also known as ‘Cine-Activists’ travel to and stay in the village for three months initiating the film club which screens films at different locations within the village. The Cine-Activists then hand over the equipment and the functioning of the film club to the local population, who attempt to make the club sustainable in the subsequent six-month period, before initiating the building of a multipurpose resource centre in the village with the village population as participants and stake-holders.

The evening will present you with an opportunity to engage with The Dhenuki Cinema Project and to participate in building one of the largest cultural archives of India. The evening will present a folk performance, courtesy of the Song & Drama Division, Govt. of India, followed by screening of short films from the villages the project has travelled to. Ms. Aruna Vasudev would grace the evening as evening as chief guest, along with independent film-makers, film critics and sociologists. The evening will conclude with a dinner which would celebrate the diversity of cuisines from states like Bihar, Assam, Chhattisgarh and Nagaland.

With the aim to reach all the villages of India under The Dhenuki Cinema Project, entry to the event is through a pass for Rs. 2000/- This contribution will help the project to procure equipment required for conducting film screenings in villages – battery powered projectors and sound systems – and help the volunteers to conduct the phase one of the project properly. There will be a donation counter at the venue if you would like to contribute more. Donations can be made via. cheque, card and cash.

iednewsdesk Jan 29, 2022
New research has shown that over-activity in a specific area of the brain is linked to certain symptoms of…