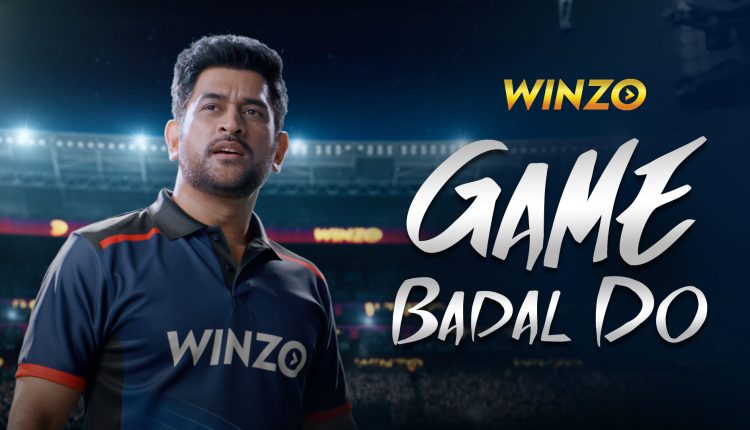 Dhoni and Piyush Pandey bat for WinZO, say ‘Game Badal Do’ in their newest campaign

Mumbai: Two-time world cup winning captain, Mahendra Singh Dhoni (MSD) and Chairman of Global Creative & Executive Chairman, Ogilvy India, ad-man Piyush Pandey have been roped in by WinZO, India’s largest social interactive gaming company, for its upcoming ad campaign themed “Game Badal Do”. The campaign intends to inspire the users to fuel their passion to the next level to unlock their true potential and achieve success.

The ad-campaign comprises five sketches conceptualized by Mr. Piyush Pandey of Ogilvy and WinZO featuring the recently announced brand ambassador for WinZO, MSD. Conceptualized and candidly articulated through relatable characters of the society, the sketches depict the characters drawing inspiration from MSD’s journey and using their existing skillset to scale new heights by constantly challenging themselves. The campaign witnesses Dhoni in a candid avatar, endorsing WinZO’s vernacular and culturally relevant offerings. The much-awaited brand campaign is expected to go live by 25th March, 2022 across the platforms, Television, OTT, Digital, and Radio.

It is noteworthy that this is WinZO’s second campaign in close partnership with Ogilvy’s Mr. Pandey. As an extension of the previous campaign, the new campaign aims at unlocking success and associated elation through the pursuit of excellence and inspirations. It also draws parallels between these common values demonstrated by us in every aspect of life, be it our real-life hustles or online gaming. With these relatable messaging and characters, the brand aspires to establish itself as the most culturally relevant and trustworthy interactive entertainment brand in India.

Speaking about the upcoming campaign, Co-founder, Saumya Singh Rathore said, ‘The tagline of the campaign, ‘Game Badal Do’, truly encapsulates our vision for both WinZO and the Indian gaming industry. Just like MSD and the characters in the sketches, we are determined to unlock the true potential of the Indian gaming industry and establish India at the top of this rapidly emerging global market. This campaign is a significant step in that direction, and we would like to congratulate everyone involved in delivering this phenomenal campaign.’

Chairman of Global Creative & Executive Chairman, Ogilvy India, Mr. Piyush Pandey, said, ‘Working with two extremely like-minded entities like WinZO and MSD who propagate the same values of resilience, excellence and winning, truly enhanced the creative process and its result is evident in the campaign. Ogilvy is very excited to be a part of this campaign involving the game changers, WinZO and MSD, and confident that the idea of changing the game and achieving success will be well received and thoroughly enjoyed by the audience.’

University of Western Ontario: Western, McGill team up in new…

University of Calgary: Six of UCalgary’s subject areas ranked among…