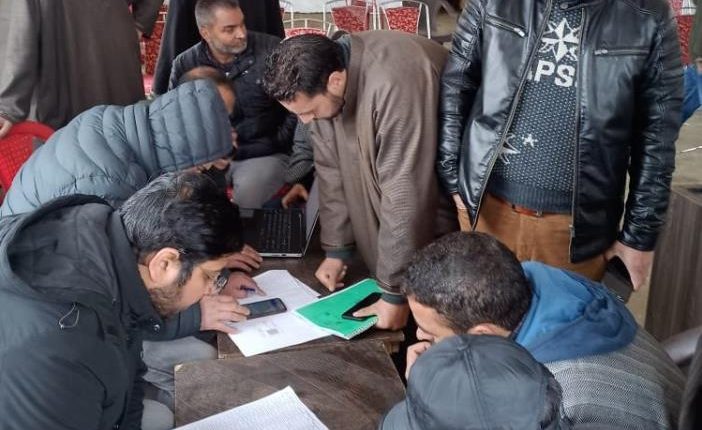 During the occasion, a brief introduction regarding Udyam registration & its benefits was given and it was impressed upon the unit holders that the Udyam registration has been made mandatory by the Government of India for availing various incentive subsidies.

Also, the unit holders were provided detailed information regarding the newly announced new Central Sector Scheme for Industrial Development of J&K and various incentives covered under the scheme. Further information regarding GeM portal, TReDS portals was also disseminated among the participants.

Further, he informed that GoI has recently taken various landmark decision regarding industrial developments and in spirit of ease of doing business, Govt. has announced establishment of Single Window Clearance system for organized and unorganized sector and have reduced the number of NOCs to minimal.

It was impressed upon all the land allottees of the Industrial Estate Vessu to expedite the process of establishing their units at an earliest.