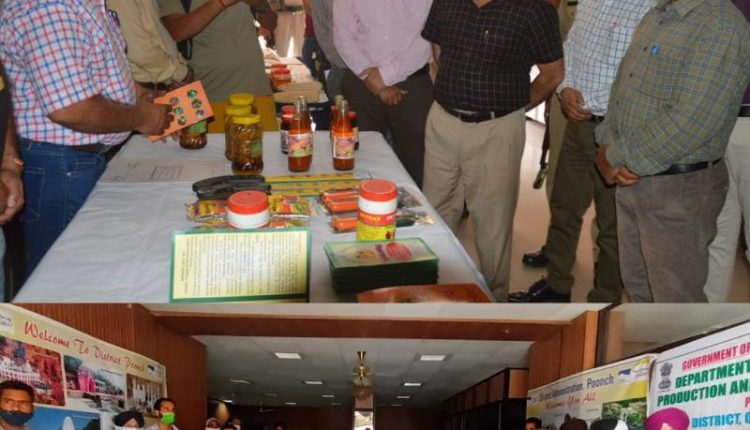 POONCH : A week long Vanijya Saptaah Utsav was celebrated under the aegis of District Industries centre Poonch and under the overall guidance of Deputy Commissioner Poonch, Inder Jeet.

The programme was aimed at promoting small scale industry as well as showcasing Agricultural, Horticultural, Handicrafts, Handloom and Tourism potential of the district.

It also focused on raising awareness regarding products particularly produced in the district and their scope of economic exploitation.

One District One Product was the main highlight of the programme which aimed at showcasing the economic potential of the local products.