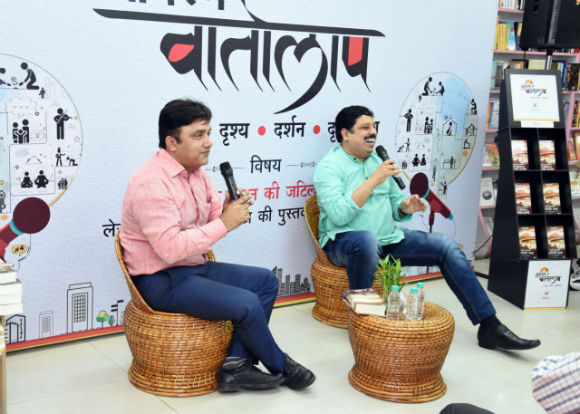 Anand Neelakantan who also wrote the first part of the blockbuster film Bahubali, explained, “Mythical writing is not easy. You can’t do it by reading a few mythological books. Every time you sit down to write, you feel that you are making a new beginning. A lot of young writers face this challenge.”

Responding to a question he said, “There is nothing wrong in creative liberty provided that the outcome is good. There are more than 600 versions of Mahabharata and 300 versions of Ramayana. Each version is different. In the Thai version of Ramayana, Hanuman is like a James Bond who has girlfriends, whereas he is considered a celibate in India. Therefore, geography and culture have an impact on storytelling and every story is unique to the place.”

Talking about how Bahubali happened, Anand Neelakantan, said, “I did not know S. S. Rajmouli before. After, reading my book ‘Asura’ in 2012, he called and asked me to write the first part of Bahubali. I thought it was a joke. I was asked to write 20 scenes in two hours. This is how I went on to writing the book Shivgami Katha which has 108 scenes.”

“I was among the few people who knew why Katappa killed Bahubali. A bond was signed by all the members of the film unit that they will not disclose it to anyone. I did not even tell it to my wife,” he added further.