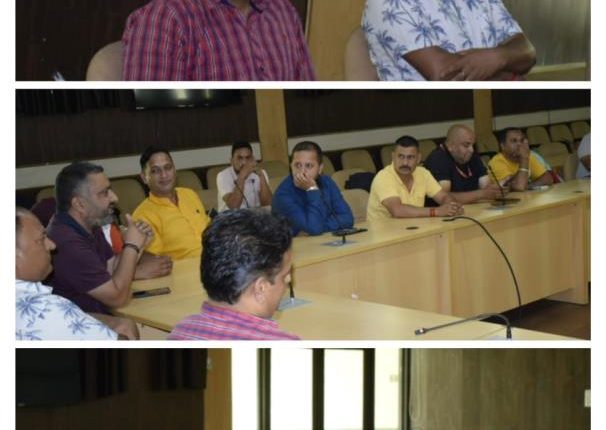 The representatives from the print and electronic media briefed the DIO about various issues faced by the Media fraternity while covering events. They sought establishment of a Press Club at district headquarters.

The DIO assured the media persons that their genuine demands including establishment of the Press Club will be projected at the appropriate forum. He said that the revenue department would be approached for identification of land for the Press Club.

Highlighting the significance of the press as the third pillar of democracy, the DIO added that the media was the connecting link between the people and government and it is its prerogative to create an ecosystem where responsibilities are shared in spreading positivity and creation of a good will gesture in the society. He further added that the media has a vital role in countering fake and false news besides highlighting the Govt welfare schemes and flagship programmes.