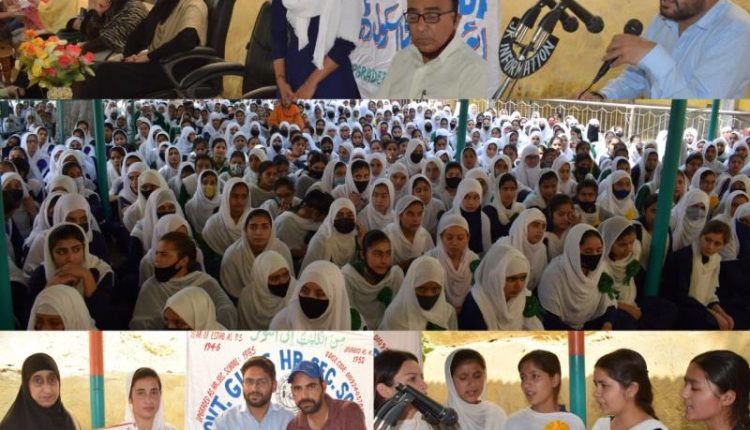 In all, 8 students participated in the debate competition on the theme “Heroes of Indian Freedom Struggle”.

Certificates and trophies were distributed among the participants and the winners.

A mesmerising patriotic song was also presented by the girls of the institute.

The programme was chaired by District Information Officer Doda Mohammad Ashraf Wani along with the School Principal Nazia Munshi.

Speaking on the occasion, the DIO said that Azadi ka Amrut Mahotsav and other such initiatives of the government are aimed at imbibing a sense of pride among the countrymen about rich history, diverse population, magnificent culture and great achievements of the Indian Nation.

“We must develop within ourselves a sense of The Nation First so that India can lead the world for being the largest democracy and proponent of non violence, peaceful coexistence, respect and tolerance for whole mankind” he added.