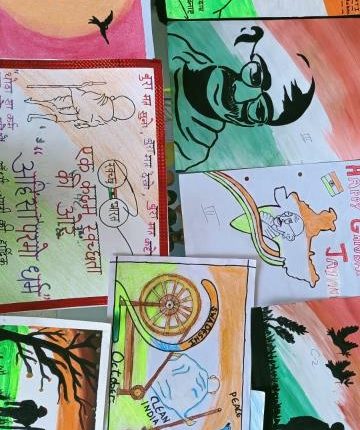 UDHAMPUR : The Cultural Wing of Department of Information and Public Relations Jammu today organised an Inter School Drawing and Painting competition on the topic “The Gandhi” here today.

Over 50 students drawn from 10 Schools of the District participated in the Junior and senior painting competition. The competition was judged by Suresh Kumar, Anuradha Sharma and Swati Gupta.

The programme was organised to celebrate 152nd Birth Anniversary of Mahatma Gandhi ‘Father of Nation’. During the program, Covid – 19 guidelines were also followed by the participants in letter and spirit.

The entire program was conducted under the supervision of Senior Culture Assistant, Suresh Kumar of Culture wing of DIPR Jammu.

Symposium on “Status of Women in Gandhian Philosophy” held