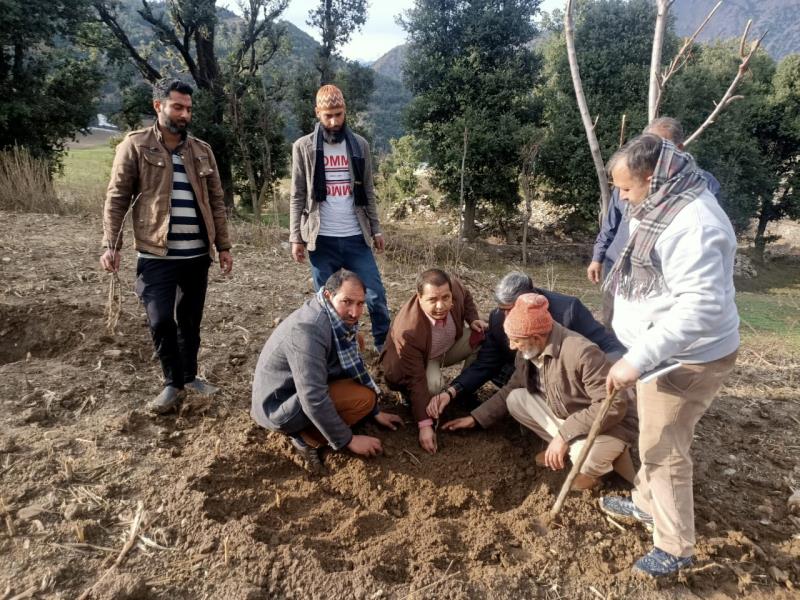 He kick started the plantation in the district and inspected a private Fruit Plant Nursery established by Mohammad Abdullah under the RKVY scheme at Poohie. He instructed the owner to maintain the records of the mother block and other fruit plants grown in the Nursery area.

He also inspected the strawberry plantation at Cherhar and the Orchards at Pochhal, Berwar and Hydal village of the District.

During the interaction, he advised the farmers and fruit growers to come forward for availing the benefits of the schemes being implemented by the Department of Horticulture.

Chief Horticulture Officer Kishtwar, M. A. Wani and other officers accompanied the Director during the tour.

Book Review: Mandu – The Romance of Roopmati and Baz Bahadur by Malathi Ramachandran