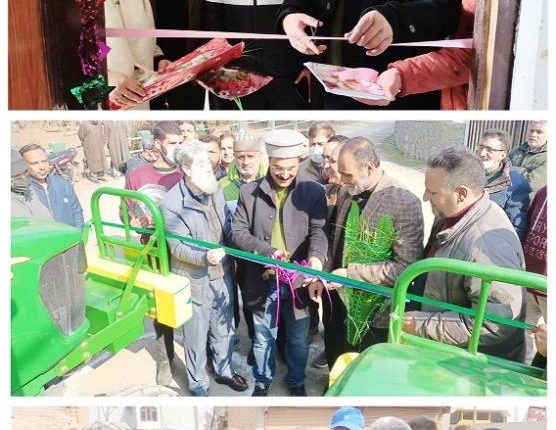 SRINAGAR : The Director Agriculture Kashmir, Chowdhary Mohammad Iqbal today inaugurated first of its kind Atomic Absorption Spectrophotometer (AAS) in the District Soil Testing Laboratory (DTSL) of Bandipora. The lab will provide state of the art soil testing facilities to the farmers of the concerned district.

The Director congratulated the department and said that the introduction of these latest facilities at DTSL will hugely benefit farmers and Agri-entrepreneurs of Bandipora district. With the inauguration of AAS at DLSC Bandipora, the department is making every possible effort to make the latest and advanced soil testing facilities available to farmers, he added.

Iqbal said the analysis of soil is a critically important branch of environmental monitoring, the list of harmful chemicals is growing therefore a full spectrum of analytical technologies with the most accurate and sensitive analysis is needed.

Chief Agriculture Officer Bandipora, Mohammad Mujtaba Yahya gave a detailed presentation of the progress on the implementation of various centrally sponsored schemes in the district. He also apprised the Director regarding various innovative interventions taken up by the Department in the district.

The Director was accompanied by Deputy Director Planning Mohammad, Chief Agriculture Officer and other senior officers of the Department.

JKSRLM: A mission for promoting Self-Employment among Rural people