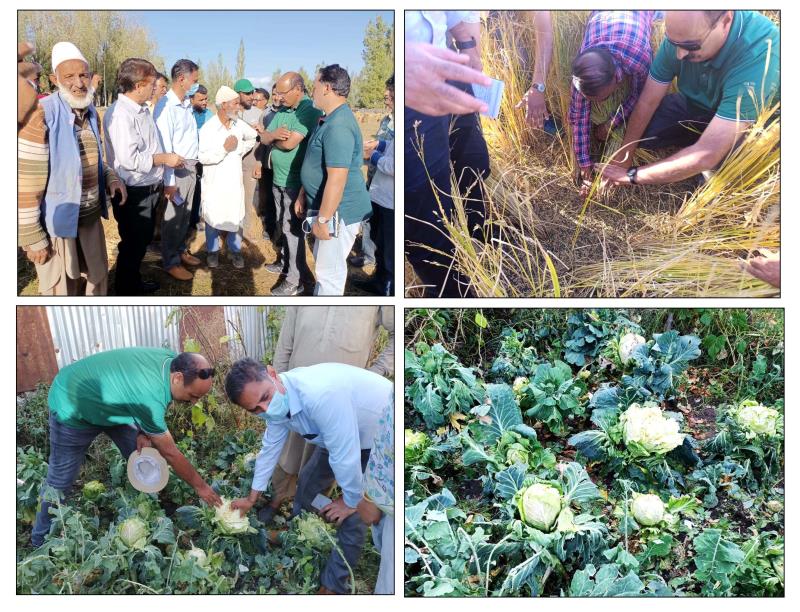 The Director on the occasion toured several villages including, Tarathpora, Panzgam, Shaharkoot, Pachkoot, Kalmoona and took stock of on ground scenario of field crops. He visited several areas to assess damage caused by the hail storm to the standing crops, particularly paddy fields.

During the visit, the Director interacted with the affected farmers and assured them of every possible technical assistance by the department. He said that an advisory has already been issued to the farmers to handle the post hailstorm situation. He asked the farmers to follow and implement the instructions given to them by the departmental experts and concerned field officers, so that the impact of the losses could be minimized.

He instructed the concerned field officers to complete the impact assessment assignment and prepare the list of affected farmers so that it could be submitted to the government for further necessary action.

University of São Paulo: The mistake is transformative and changes the...

University of São Paulo: Metaverse can benefit from social networks, with...