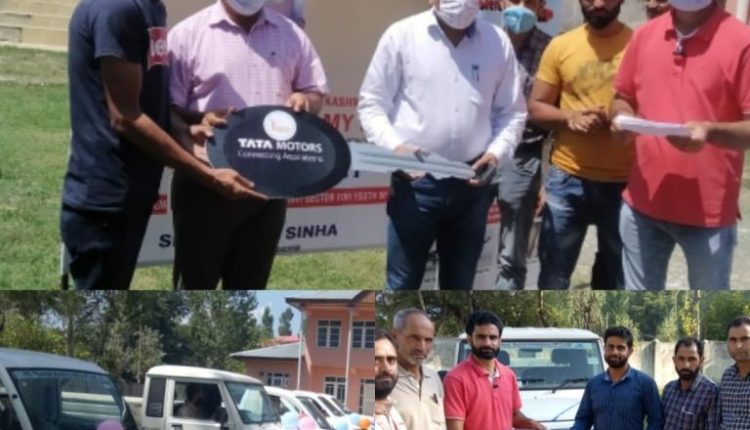 Wani while addressing the youth, he impressed upon the fact that the youth should get involved in self employment ventures and entrepreneurship, rather than seeking jobs from the government they should become job providers.

Assistant Director Employment DE&CC Kulgam, Majid Ahmad Tantray said that earlier in the month of July DE&CC Kulgam had handed over small commercial vehicles to 12 unemployed youth of the district under the same scheme, with the total on-road price of Rs. 97.22 lacs in a function presided over by ADDC Kulgam. The 20 percent subsidy of Rs. 17.88 lacs was also provided under the scheme.

He further said that DE&CC Kulgam has received more than 100 applications under the Mumkin Scheme and cases are being sanctioned on a regular basis.

Later, the Director along with the team of officers also reviewed the functioning of the DE&CC Kulgam. The detailed review of the working of every section of the office was made by the respective domain experts.

The Director appreciated the work done by DE&CC Kulgam under the Mumkin Scheme, Registration and Career Counselling, besides he was also appreciative of the staff of DE&CC Kulgam for its professional conduct and proper maintenance of records and office infrastructure.

He advised the staff to live up to the expectations of the people of the district and do wide publicity of the employment generation schemes of the Government of Jammu and Kashmir so that the educated unemployed youth of the UT are engaged in the sustainable livelihood and employment generation ventures.