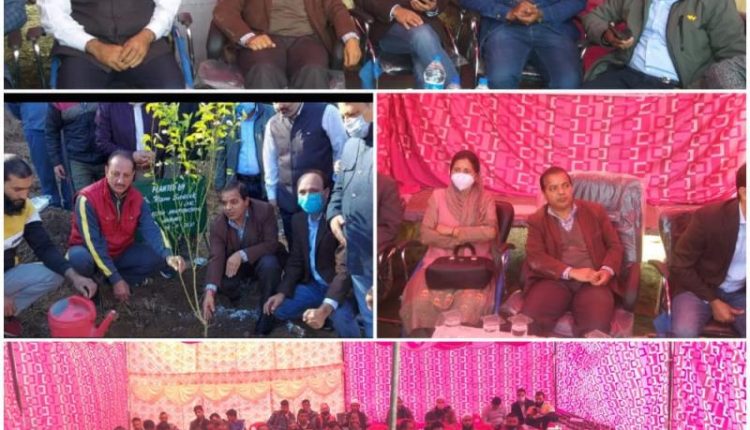 The plantation drive has been started in all the districts of Jammu division covering an area of 60 hectares.

Addressing the farmers, the Director explained benefits of various centrally sponsored schemes of the department and urged them to come forward, associate with the horticulture department and avail the incentives on different components viz: Bore Well, water harvesting tanks, Drip irrigation, Custom Hiring Centres, vermicompost units, protected cultivation, Strawberry plantation, tools & implements etc. for upliftment of their socio- economic status. He said that the district is having a great potential for horticulture crops which must be tapped and appealed the PRI and field functionaries to work in tandem for doubling the farmers income with special focus on area expansion, establishment of solar driers and processing units.

CHO Jammu S. Sarabjeet Singh and CHO Doda R K Kotwal asked the farmers to come forward to avail the benefits of various schemes and also addressed the technical issues of the farmers related to the production of fruit crops.