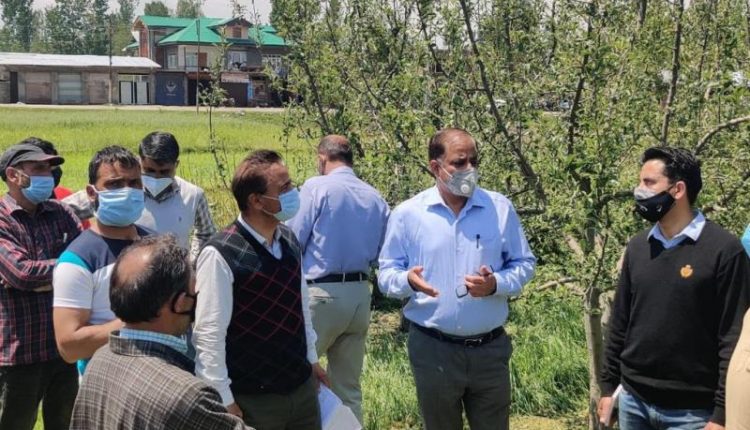 By India Education Diary Bureau Admin On May 9, 2021
Share

It was informed that Horticulture department has already issued advisory to the orchardists after hailstorm wrecked havoc in many areas of North and South Kashmir.

It was also given out that according to advisory related to post hailstorm sprays, the orchardists should make spray of fungicides (per 100 liters of water).

The advisory asks for maintaining proper orchard sanitation and remove fallen leaves from the orchard.

Ensure drainage of excess water and staking of heavy fruit branches to avert uprooting of trees due to excess soil moisture.

The worst hit villages were Awgam and Zazripora where damage to the maximum extent has taken place.