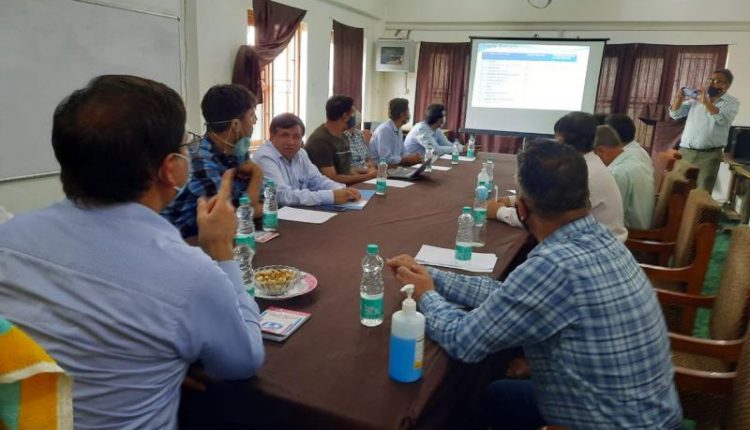 The Head of Institutions elaborately explained about overall functioning of their respective institutions besides status of various schemes and works through Power Point Presentation.

Director, during his visit to Government Polytechnic Baramulla, interacted with the faculty and took stock of functioning of the institution and development works being executed there. He inspected Centre for Invention, Innovation, Incubation and Training recently established in the institution.

Later, Director convened a meeting to review functioning of it is and Polytechnics of North Kashmir at Government ITI Baramulla.

Director issued on the spot directions to the concerned regarding completion of various civil works, cent percent admissions, preparation for conducting of examination and practical training and on job training, imparting quality training and skill up graduation of trainers.

Director instructed the officers to conduct internal audit of their respective institutions in terms of human resources, infrastructure, courses to be introduced and deleted and submit the report to Joint Director.

The officers were instructed to submit the blue print of works needed to be carried out for future expansion of their respective institutions.

McGill University: Gift to McGill and UdeM creates hub for collaborative piano in…

iednewsdesk May 20, 2022
After two years of health restrictions that have often left concert halls empty and musicians struggling, a…

University of Göttingen: Toys and furniture from popcorn

Technical University of Munich: Urban greenery: not only trees are…

Technical University of Munich: TUM succeeds in program for young…