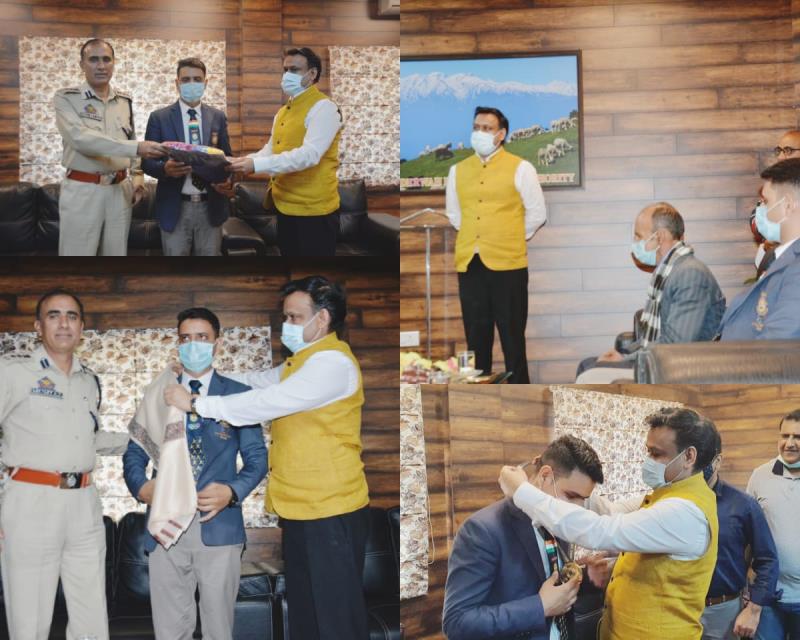 Speaking on the occasion, the DC extended gratitude to the ace shooter for bringing plurals to the country at international level. The DC termed him as an asset for the country and an inspiration for the young generation.

The SSP Doda described the ace shooter as pride for the organisation as well as for the district and expressed that he is a motivation for the young generation.

Chain Singh extended gratitude to the district administration and said that it is an emotional and overwhelming moment for being recognised by the native district.

The DC alongwith SSP Doda presented a shawl and a memento to Chain Singh as a token of appreciation in presence of his proud father.

It is pertinent to mention here that hailing from a small village Chanser Tehsil Bhalesa, Sub division Gandoh of district Doda, Chain Singh joined Indian Army in 2007 and his skills were soon recognised. In his illustrious career and due to his sheer hard work, he has received 11 international Gold medals and nearly 100 national and international medals. He has also represented India in Rio Olympics in 2016 and Commonwealth games.

University of Minnesota: Even modest warming could cause major changes for...