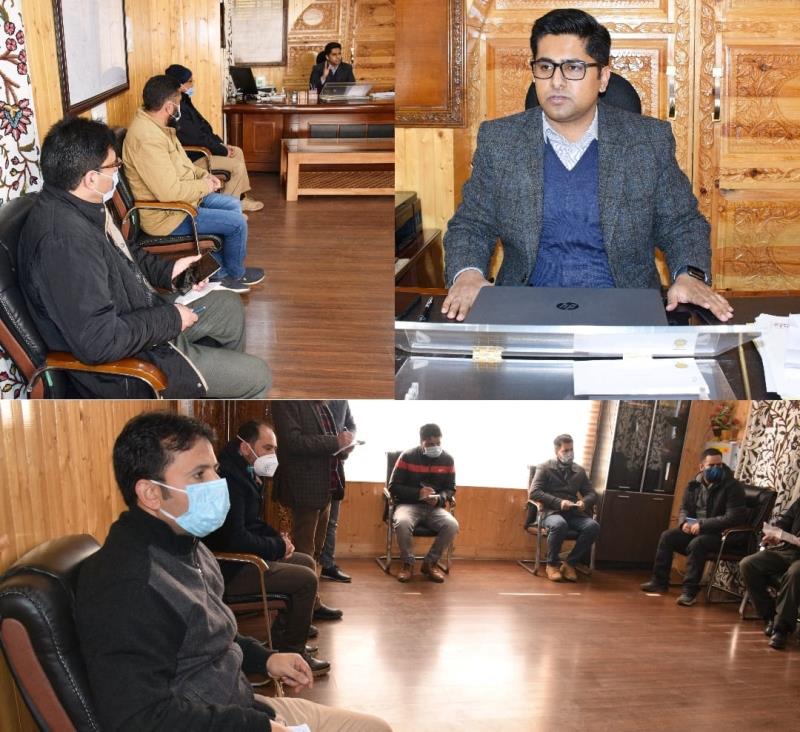 The meeting was informed that 52 CSCs are functional across the district where people register themselves to avail benefits under this scheme, and so far more than 20000 registrations have been done.

He also directed to launch a mass awareness campaign to create awareness among people for cent percent coverage under the scheme.

Dr Owais asked the officers of Food, Civil Supplies and Consumer Affairs to provide attested copies of ration tickets to genuine and bonafide rationees for use as documentary proof; sensitize consumers about the scheme,

The flagship scheme provides a health-cover of 5 lakh rupees per family per year. It allows portability of benefits across the country and has no cap on family size and involves free and cashless treatment in empanelled hospital located across the country.

On the occasion, Dr Owais also directed CSCs to fix day wise targets for each centre to ensure speedy registration and asked them to report daily about the registrations.