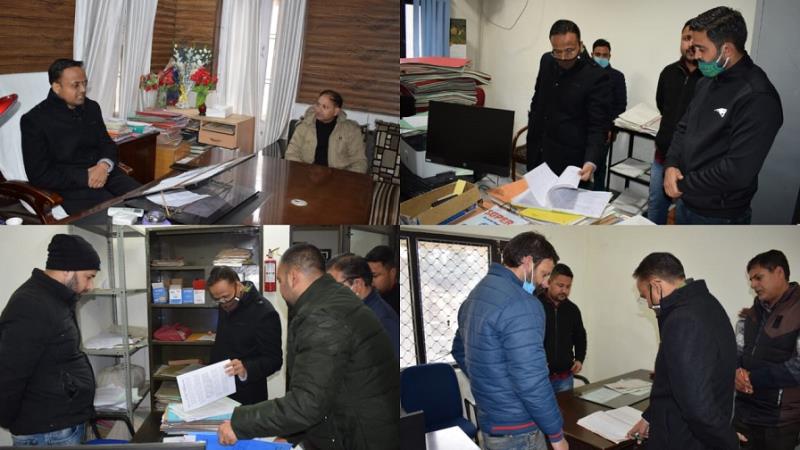 During the inspection of the office of Municipal Council, the DDC took serious note of indiscipline and poor working of the institution. He directed the EO MC to submit all the records related to finances and expenditure of the institution before him without any fail.

The DDC also raised serious concern over the road side dumping of construction material, garbage, encroachments within the Municipality limits. The DDC directed the concerned to take strict action against the erring persons including recovery of heavy fines against those found involved in such activities.

Later, the DDC also inspected all the sections of the DC office, took stock of their working and inspected the daily attendance register of the Officials being maintained by the revenue department.

Trial-cum-selection in shooting held in Doda