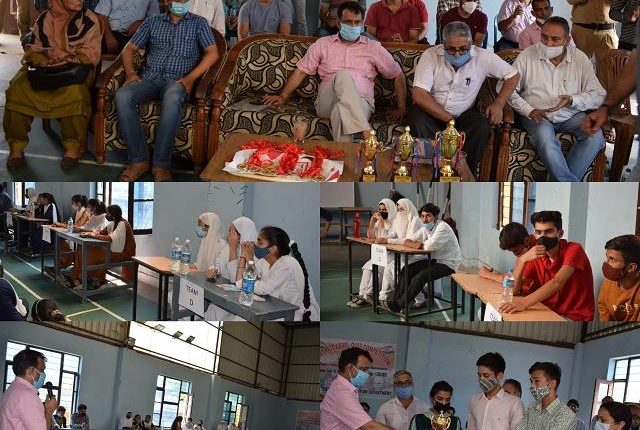 Deputy Commissioner Vikas Sharma was the Chief Guest. In all, 10 teams from different zones of the district participated with zeal and enthusiasm.

Speaking on the occasion, the DC asked the students to actively take part in the programs of Azadi ka Amrut Mahotsav which aims to celebrate the 75 year of India’s Independence as a sovereign and great nation. He appreciated the department for organising such an impressive program at a short notice.

The DC also urged the young students to actively take part in the physical activities and to shun those activities which don’t make us physically fit rather put mental stress. He further advised them to follow the Covid Appropriate behaviour and become the ambassadors of cleanliness to fight against the pandemic.

Among others present during the program were Chief Education Officer, Prahlad Bhagat; District Education Planning Officer Ayaz Mugal, Principals of various schools besides other concerned Officers and Officials of education department.