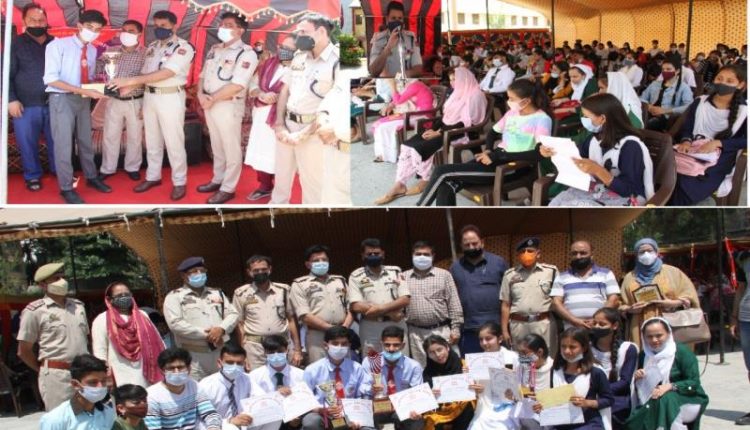 DODA : As part of “Azadi Ka Amrut Mahotsav” celebration, District Police Doda today organized a debate competition here at District Police Lines. The students of a number of schools of Doda Town participated in the event.

In-Charge SSP, Abdul Qayoom was the chief guest and the Additional Dy Commissioner, Dr Ravi Kumar Bharti was the guest of Honor on the occasion. The debate competition event was organized by SP Hqrs, Master Popsy.

Thirteen speakers of different Schools of Doda town presented their valuable views and spoke about the various aspects of the topic.

Khalid Bashir and Muzamil Irshad, students of Chenab Valley Public School, clinched 1st and 2nd position respectively, while Meenakshi Goria, a student of Government Girls Hr. Sec. School and Indra Devi a student of Paramount Hr. Sec. School shared the 3rd position. They were also awarded with cash prizes of Rs. 2000, Rs. 1500 and Rs. 1000 respectively with participation certificate. Nine consolation prizes of Rs. 500 each with a certificate were also given to other participants.

The objective of organizing said event was to inculcate a sense of patriotism and the value of Independence among the students.