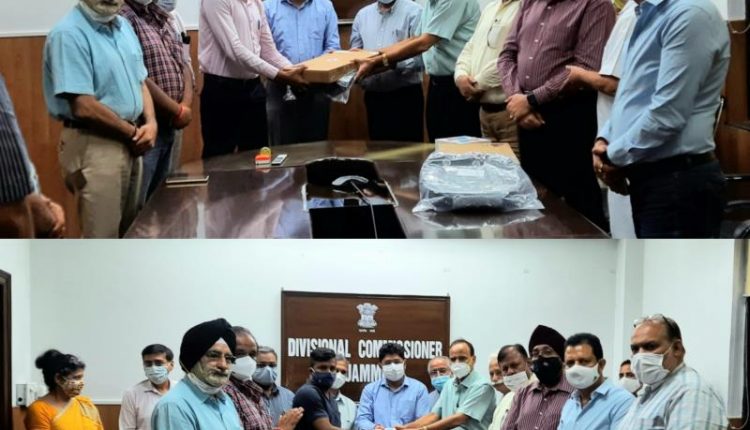 Secretary Indian Red Cross Society Jammu, Vinod Malhotra briefed about the details of Raffle Draw and informed that the result of the Draw were announced on December 13, 2020 and only 06 persons claimed the prizes within the stipulated time of 90 days i.e. upto March 14, 2021.

He also informed that due to Covid pandemic the Red Cross mela of 2020 could not be held, however the prizes are now being distributed among the winners.

The Div Com congratulated all the winners.

Later, the Divisional Commissioner held a meeting with the Executive Members and reviewed the functioning of Red Cross Society.

Secretary IRCS apprised that the objective of organizing the Red Cross Mela was to create awareness among the general masses regarding Red Cross Society and to generate funds for the welfare activities of the society. It was further informed that the funds generated are used for giving financial assistance to poor and treatments of poor patients.