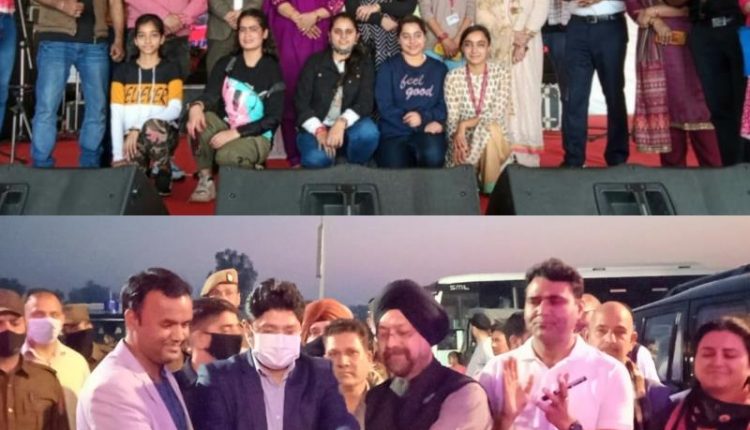 JAMMU : Directorate of Tourism, Jammu, in collaboration with J&K Department of Floriculture, is organizing a two day “Garden Festival” at Bagh-e-Bhour, Jammu.

Addressing the gathering, the Divisional Commissioner, Jammu appreciated the efforts made by the Tourism Department to make the Festival a grand success. He said that the two-day Garden Festival is first of its kind to celebrate nature by welcoming the onset of the spring season. He added that with the decrease in the number of COVID-19 cases, the festivities have returned to Jammu City with tourists/locals enjoying the 2 day Garden Festivities. He stated that the Tourism Department has organized a variety of competitions/events to lure in tourists/locals.

Director Tourism, Jammu, Vivekanand Rai, while welcoming the dignitaries and tourists/locals who participated in the event, stated that to make the festival lively, new cultural activities have been arranged during the two-day Festival to cater to the intending tourists. Later, the Chief Guest inaugurated “Selfie Point” and “I love Green” signature Board.

As the evening progressed, renowned Singer and Composer Suraj Singh performed along with Juhi, a very talented Singer which enthralls the tourists/locals.

Besides, a magic show has also been organized at the venue by Samrat Shankar Jadugar. The Magic Wand, Magic Words and Distinctive Style of magic tricks performed by the artist kept the audience spellbound.