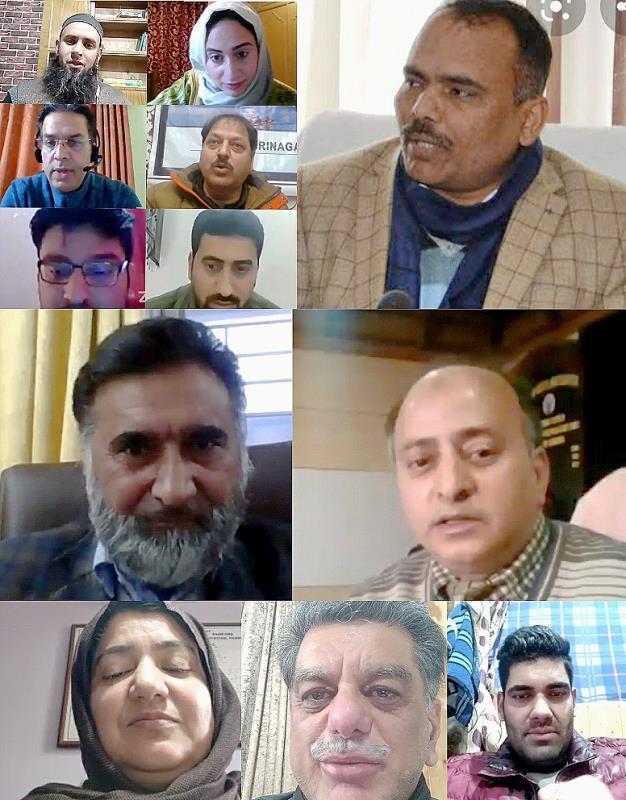 The Div Com said that mankind is more dependable on resources and due to excessive utilisation of energy it has resulted in Global warming and average temperatures have increased globally resulting in changes to climatic conditions. He said it is time that we shift to resources that are renewable and eco-friendly.

He requested the Institution of Engineers to get an Energy Audit of 25 Government buildings on a pilot basis, and furnish actionable recommendations which can be implemented. He also requested that a webinar be organised for creating awareness about green buildings and basic skills to preserve energy.

Pole said that while it is mandatory now to construct earthquake resistant structures, similarly it should be mandatory to make energy efficient buildings.

Chief Engineer KPDCL, Er Aijaz Ahmed Dar said that many reformative measures have been initiated to reduce the energy consumption but implored the public to cooperate with the department and use energy efficient devices only.

Er. Shurjeel G. Lala, CEO IT, KPDCL gave a detailed briefing about the energy conservation measures taken by the department.

Additional Deputy Commissioner (ADC) Srinagar, Dr. Syed Hanief Balkhi said that there is need to adopt green building technology, and adopt energy conservation concept and implored on the organiser to bring out a white paper on energy conservation with actionable points for implementation.

Earlier, Chairman Institution of Engineers, Er Aamir Ali welcomed the participants and said that the purpose of Energy Conservation Day was to highlight its importance in our day to day affairs and promote a process of energy conservation by generating healthy discussions and webinar and promote less usage of energy.

He suggested the need to adopt renewable energy resources, like solar-power or nano-hydro projects and bio-diesel etc to generate electricity.

Qazi Muhammed Imran Shah, a renowned religious practitioner spoke about the Use of Electricity and Shariah obligation and implored the public to desist from illegally hooking the power lines as it is a sin and against the basic tenements of religion. He urged the public to utilise electricity judiciously.

Speaking at the valediction, Er Bashir Ahmed Dar, Secretary Technical Power Development Department said that Energy Conservation Act of 2001 makes it mandatory for all structures to be energy efficient, as per the guidelines of BEE, Ministry of Power.

He said that there is a need for more Energy Auditors in the State so that the Building Codes can be applied. He urged the public not to use crude water and cooking electric devices as it causes a loss of almost 1000 MW.

He implored Engineers and Architects to design the roof of our houses in such a manner that solar panels can be installed for generating solar power, which can be very beneficial for the consumer, as the electric bill will drastically reduce and they will have their own captive power available to them.

Safety First When It Comes to Consumption