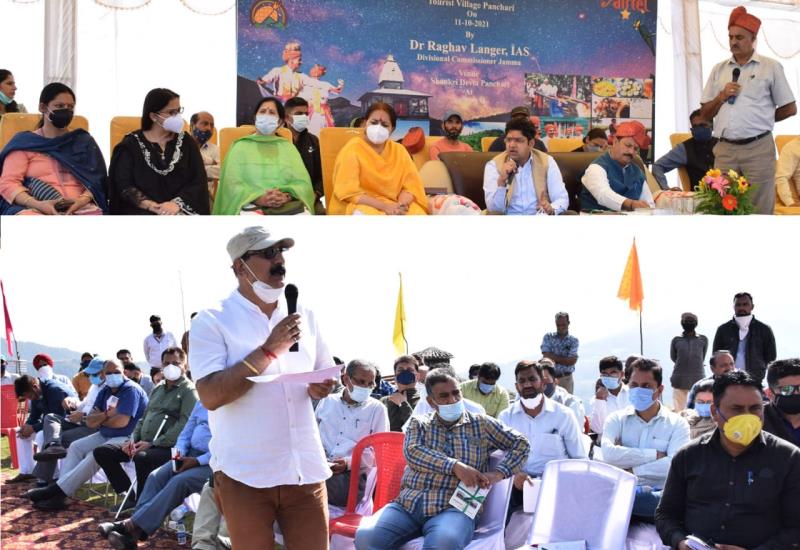 The Divisional Commissioner gave a patient hearing to the public issues and passed on-spot directions for redressal of their grievances at an earliest. Dr Langer directed the concerned officers to review the developmental schemes in their respective departments on a daily basis.

The PDD was asked to rectify the unscheduled power cuts in the area while local Tehsildar was directed to closely monitor ongoing developmental works of PMGSY roads.

The Div Com congratulated District Administration and PRIs for effective implementation of Government schemes on ground and successful completion of the program. He asked the officers to take first hand appraisal of all the grievances of PRIs and redress the same on priority. He stressed upon the officers to work with dedication and sincerity and redress genuine grievances of the people pertaining to their respective departments possible at their level within the specified time frame.

While interacting with the people, Dr Raghav said that public outreach programmes are an important part of effective governance and it is a step to reach out to the people in their own localities and get feedback on ongoing developmental works. A delegation from Moungri also met with Divisional Commissioner Jammu and projected several demands and issues

The BDCs, DDCs and general public thanked the Divisional Commissioner for holding a public outreach camp in the area.

Later, the local people served food in traditional way i:e use of Pattal ( leaf plate) & Dunas (leaf Bowl)) to Divisional Commissioner and other dignitaries during the occasion.