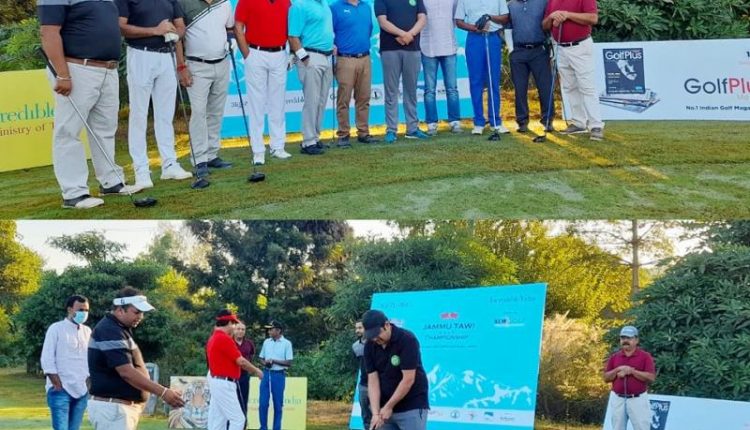 As many as 76 players participated in the day-long tournament, who were divided into 19 four-balls including 4 four balls of senior citizens.

Col. Gurpal Singh (1 inch) bagged the award for the straight drive. The longest drive award went to Col. J.S Ranhawa (280 mtr), while Closest to the pin at Hole no. 2 and Hole no.13 award went to Col Raghunandnan Sharma ( 3 feet, 9 inches) and Dr. Shamim Mir (10 inches) respectively.

Congratulating the winners, Director Tourism Jammu, Vivekanand Rai stressed the need for inculcating golfing culture among the younger generation. Appreciating Manav Gupta secretary JTGC and management of JTGC for the successful conduct of the event, he said that such tournaments should be organized on a regular basis.

Manav Gupta thanked all the Golfers for participating in the tournament with great enthusiasm and zeal. He also thanked event partner SLW Golf Management and Golf Plus Magazine for making the event a big Success.

Secretary JTGC, Manav Gupta informed that many more Tournaments will be conducted in future and hoped to conduct PGTI tournaments also. They are also going to conduct tournaments in Sanasar.