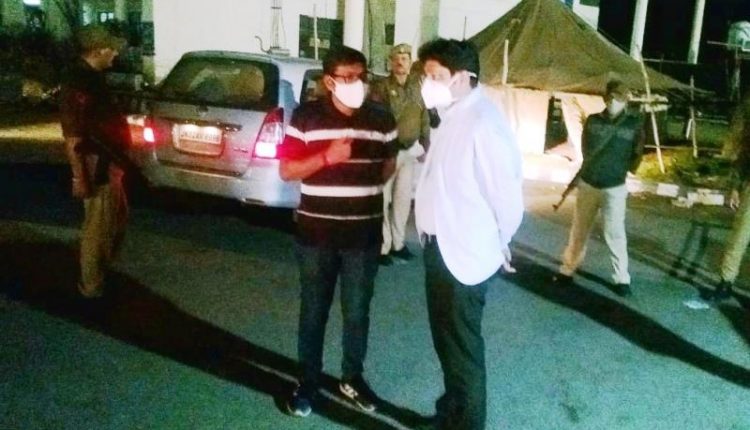 He was accompanied by Deputy Commissioner Kathua, Rahul Yadav and other concerned officers.

The Divisional Commissioner took stock of arrangements being put in place for testing of travellers coming from outside UT and other Covid control measures.

16568 construction workers of Ramban District to get Covid…

The concerned officers apprised the Divisional Commissioner that various counters have been set up for testing of travellers coming from outside UT. It was informed that separate counters are in place for Trucks, Buses, Light Motor Vehicles, Heavy Motor Vehicles.

The Divisional Commissioner directed the concerned officers to keep extra vigil on travellers coming from outside UT and do not let anyone go without sampling.

Referring to the recent rise in Covid cases in some states, the Divisional Commissioner directed the concerned to take all precautionary measures and ensure RTPCR testing of travellers coming from states especially Maharashtra, Gujrat, Punjab and other states which witnessed surge in Covid-19 cases in recent times.

Instructions were issued to all the concerned that there should be no laxity in Covid-19 testing at the entry point of UT. He also passed directions for increasing testing capacity.