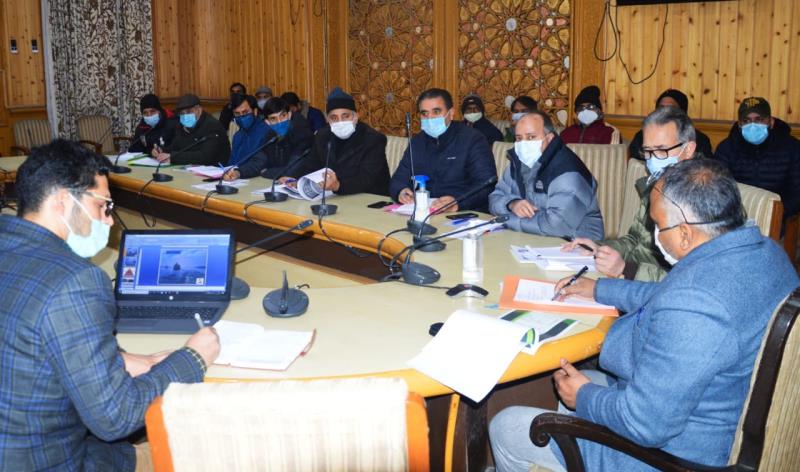 The meeting among others was attended by , CE PHE, CE KPDCL, CCF, Director NIFT, Manager NHAI, SE SIDCO and other concerned.

At the outset, the concerned officers briefed the chair about work achievement, progress made on the projects and about issues including land, compensation, shifting and re-alignment of public utilities causing delay in execution of the work through power point presentation.

The Div Com impressed upon the concerned for timely completion of all projects being executed by WUCMA, SKIMS, NBCC, NPCC, NIFT, Housing Board, CPWD, NHAI and various other departments and agencies under various schemes.

Stressing on expediting the work process, the Div Com said that disciplinary action shall be taken against the concerned for failing to complete projects within the stipulated time frame.

He also emphasized all line departments to ensure projects facing any bottlenecks are addressed amicably.

The Div Com further directed concerned to expedite the work process on all projects and ensure that they are completed within deadlines.