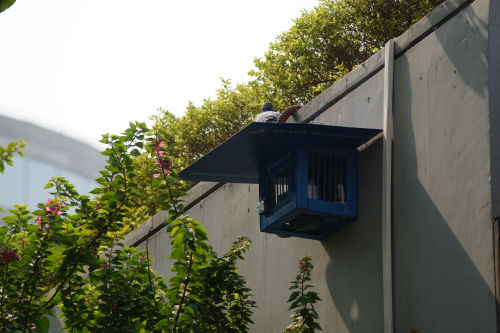 Gurugram: In a bid to ensure better air quality to the city, state-of-the-art and highly accurate Air Quality Monitors have been installed across four locations in Gurugram phase 1-5. Initiatives of DLF Foundation as a part of Gurgaon Rejuvenation Project, these devices are monitoring the air quality of the city 24*7. The move will help get deeper insights into patterns of air pollution across different locations in Gurugram, identify trends that lead to higher pollution in certain areas and also understand localized impact and cause of pollution. The monitors installed are smart air monitoring devices with high efficiency. They can measure PM 2.5 along with temperature, humidity and transmit real-time data through the cloud.

DLF Foundation would be releasing the DLF Air Quality Index at a regular interval of time. As next phase to this initiative, DLF Foundation plans to extend the air quality monitoring to more zones in Gurugram towards making DLF Air Quality index an effective tool in combating pollution at a citywide and localized level.

“The move is our first step towards ensuring better air quality to the citizens of Gurugram. Equipped with highly advanced technology, these Air Quality Monitors will assess the air quality on 24*7 bases. Air pollution is a major health hazard especially in Delhi-NCR and this step will go a long way in initiating efforts to improve the air quality in Gurugram,” said Col. Prakash Tewari, Executive Director, DLF Foundation.

The sources of air pollution are scattered and the diesel exhaust is a major contributor to PM10 and PM2.5 emissions. Moreover, this contribution is worsened by the fact that diesel exhaust is severely carcinogenic as compared to other particulate matter. DLF Foundation along with stakeholders has institutionalized a multi-pronged approach towards attacking each of these problems in a systematic way focusing on short-term and long-term projects. It has taken cognizance of diesel generators emission issue as well and is working with technical institutes like IIT to implement practical solutions to mitigate this effect.

Air pollution has assumed concerns worldwide and has been linked to incidence of respiratory diseases like asthma, bronchitis and lung cancer. As per the WHO’s latest report of 2016, 13 of the top 20 most polluted cities in the world are from India. A recent report mentioned that the National Capital Region residents are losing out on almost 6 years of life because of the dangerous air pollution levels. If WHO standards were met in NCR, people would live nine years longer.

Despite the Supreme Court’s ban on crackers, this Diwali, air quality in Gurugram deteriorated over five times during the Diwali night. According to Haryana State Pollution Control Board, the Air Quality Index (AQI) value for 24 hours Thursday-Friday in Gurgaon was 365 micrograms per cubic metre (ug/m3), which falls into the category of ‘very poor.’