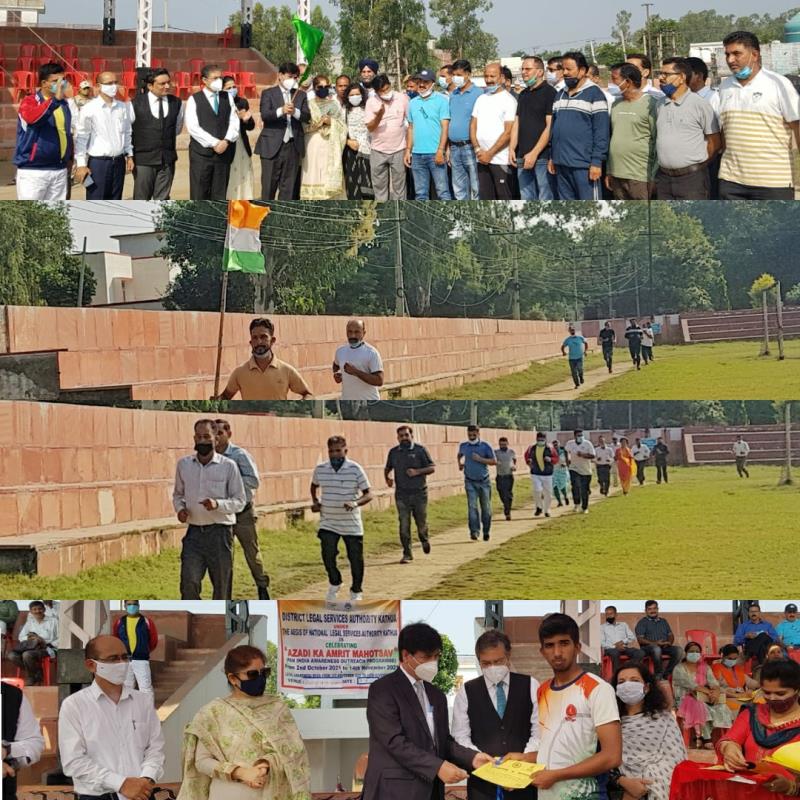 The programme began by lighting of the ceremonial lamp by the Chairman District Legal Services Authority Kathua amidst chanting of Gayatri Mantra by school girls.

Thereafter the FIT India Marathon was flagged off by the Chairman, DLSA consisting of male and female participants of the Judicial Department & Education department.

Speaking on the occasion, the Chairman explained the purpose of the Marathon besides throwing light on various Legal awareness programmes being undertaken by District Legal Services Authority Kathua under Azadi Ka Amrit Mahotsav and PAN India public outreach programme.

The Chairman DLSA Jaffer Hussain Beg felicitated the girls and boys winners with medals and certificates besides participation certificates were also given to all the participants.