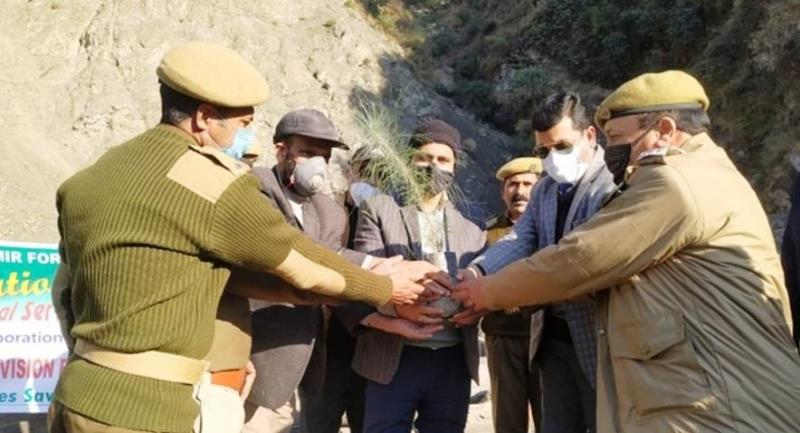 The plantation drive was held under the guidance and supervision of Chairman District Legal Services Authority, Ramban, Kishore Kumar which was effectively supported by DFO, Ramban, Dr. Rajan Singh and his team.

The plantation drive was held in compliance to the direction issued by the National Green Tribunal for the plantations on the National Highway to protect the dumping site area from soil erosion, beside, reducing the pollution.

In the first phase, the plantation drive was held at a dumping site near Battery Chasma located in the forest beat Digdol B on the national highway road.

In addition to it 3000 seed balls of different species like Shisham, Makhan and drench were thrown in the sliding areas.

They also provided the seed ball bags to the Para Legal Volunteers of the concerned area including Kanchan Devi and Milap Singh with the objective to propel these seed balls in the higher reaches of the forest where there is less number of trees.

It has also been decided that this activity will be conducted every week by the team of DLSA Ramban along with the team of forest officials. All the chairman of TLSC working under the jurisdiction of DLSA Ramban will personally supervise the activities so that the maximum number of saplings are planted and the seed balls are distributed among the officials in each and every village of their area to make the activity a continuing feature during this winter plantation drive season.