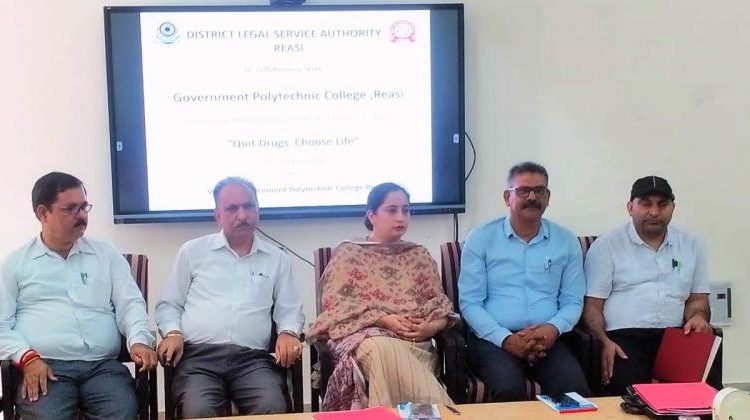 The program started with the speech of Panel Advocate Shalendra Bhardwaj, who in his speech, talked about the working of Legal Services Institutions all over India.

Rekha Kapoor Nischal, Secretary DLSA Reasi explained to the participants about the working of District Legal Services Authority, Reasi and the objective of this competition.

The contestants were awarded with the certificates as per their Merit. Principal Of the Polytechnic College Reasi Vivek Gupta also spoke on the occasion.

At the end of the Program, Certificates of Merit were presented to First, Second and Third winners. Darshan Singh bagged the first position, Sunil Dogra stood second, while the third place was shared by Alok Kumar and Irfan Ali.

Besides this, Certificates of Appreciation were also given to Krair Singh and Sapna Kumari. The proceeding of the whole program was conducted by Panel Advocate M.S. Mir under the supervision of Secretary DLSA, Reasi and vote of thanks was conveyed by Sonali Sharma (Guest Lecturer) of Government Polytechnic College, Reasi.

In the middle of the program, a documentary Film on the working of NALSA was also screened for the participants with the Projector.