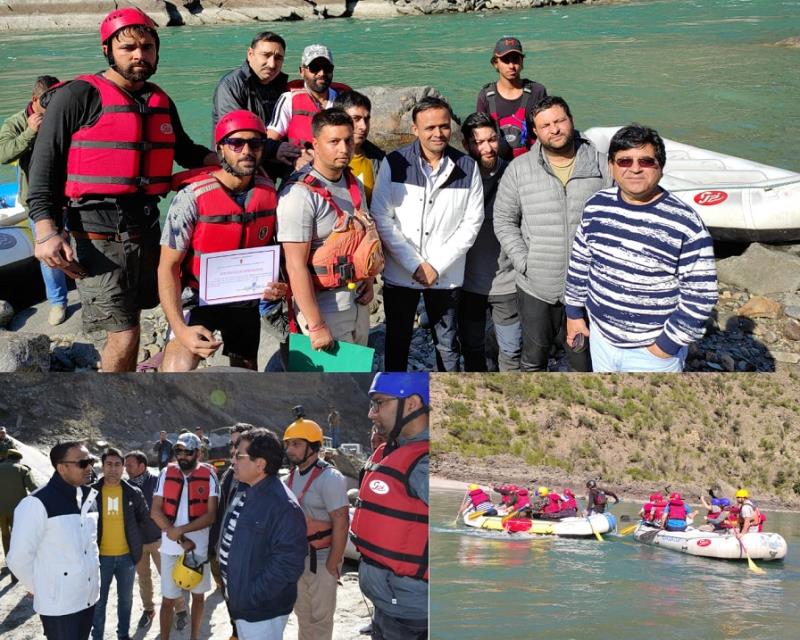 Doda: To promote adventure tourism in the district, the Doda Administration is going to organise a Water Rafting Festival on Chenab River in last week of the current month.

In this regard, a trial was today organised in coordination with JK Adventures’ rafting group.

The DDC Doda and several other adventure enthusiast participated in the rafting trial by following all the safety protocols. The trial started from Premnagar and ended at Karara. The trial participants termed it as one of the safe and secure route for rafting.

Speaking on the occasion, the DDC informed that district administration in coordination with Tourism department and Bhaderwah Development Authority (BDA) and private players are taking concerted measures to promote the leisure as well as the adventure tourism in the district.

Meanwhile, the DDC announced that the district administration is going to hold white water rafting festival this month end as part of its tourism promotion campaign. He directed the concerned to start the process of inviting the registration to ensure maximum participation of the adventure tourists.

Later, the DDC distributed appreciation certificates among the members of the “JK Adventures” group for their contribution in conducting the rafting trial.