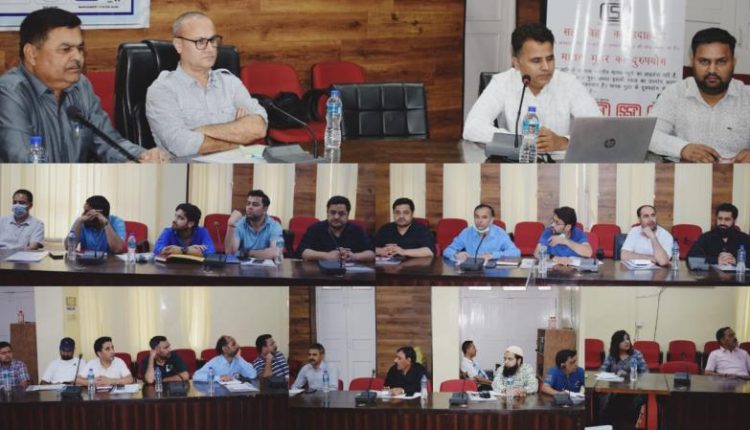 Speaking on the occasion, Pankaj Atri, Joint Director BIS, JKBO gave a detailed presentation on Standards Formulation, Product Certification, Hallmarking and Compulsory Registration Scheme. He demonstrated the Know Your Standards portal of Manakonline through which standards can be easily located and downloaded free of cost. He also demonstrated the BIS Care App through examples to check authenticity of ISI marked products and Hallmarked jewellery and complaints can also be registered.

He further highlighted the initiatives of the BIS in bringing quality products to the customers. He said that the aim and objective of the programme was to inform the Heads of Departments in the District about the Quality checks of the standard products and laws to control the substandard products in the market. He also gave awareness to the gathering about ISI and Hallmark.

It is pertinent to mention here that BIS was initially known as Indian Standard Institution and was renamed as Bureau of Indian Standards in Year 1986.

The ADDC Doda said that such awareness programmes must be conducted on regular intervals for all sections of the society so that Consumers of the district get benefitted from the regulations and services provided by BIS. He also urged the officers to spread the awareness among masses during public outreach programs.