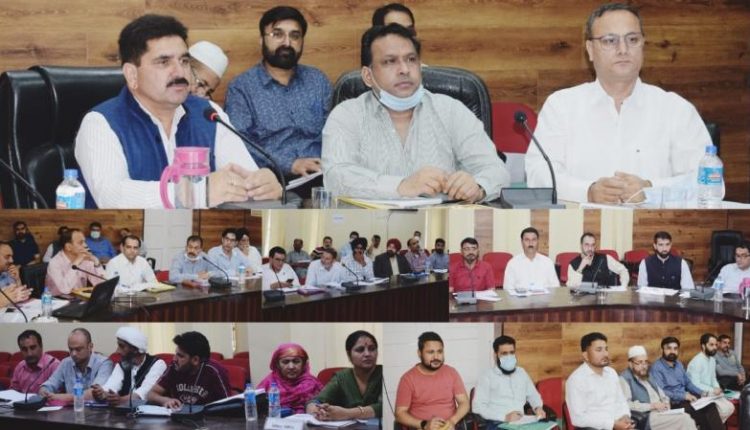 While discussing various perspectives of plan provision kept under different components, the Council formally approved the plan for the current year under District Capex.

Addressing the key officials of the line departments, the Chairman greeted them for their remarkable achievement in the last fiscal year and asked them to keep working with same dedication to achieve 100% physical and financial achievements in future too. He directed them to entertain the issues raised by the esteemed members of the council on priority basis.

He asked all the departments to ensure optimal utilisation of the ongoing working season and try to execute the entire plan by the end of October this year.

For expeditious disposal of the public issues highlighted by the members, the DC constituted a cell headed by ADDC to coordinate disposal of the same. He asked the committee to share an email ID on which the representatives can convey the issues of public importance. The ADDC Doda was further asked to take up the rationalization of teaching staff and resolve other issues of the education department.

Besides other numerous issues were raised by the members of the council , which includes fast track execution of projects under JJM, operationalisation of Angandwadi Centres, completion of pending road projects, electrification of electrification of uncovered habitations, connectivity to the unconnected hamlets under PMGSY and other issues.

The Chairman DDC and DC Doda passed strict directions to all the key officials to note down and ensure compliance. The DC also directed the ADCs, SDMs, Tehsildars, NTs to conduct surprise inspections of the AWCs, educational institutions, Health institutions on a regular basis and check the punctuality of staff.