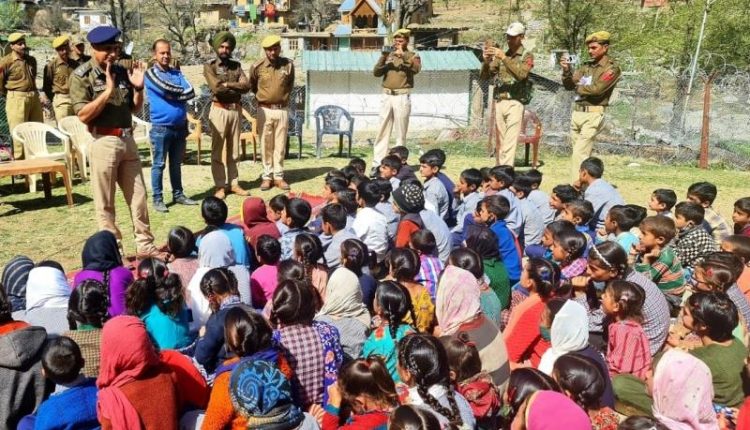 The local people welcomed the initiative and hailed the efforts of the Police for reaching out to the people of far-flung areas and addressing their issues and problems. Later, Senior Superintendent of Police Doda also convened a PCPG meeting which among others was attended by prominent citizens, elderly people and PRI functionaries.

In the meeting, participants highlighted various issues and demands. The SSP Doda assured them that their demands will be taken up at appropriate level for early redressal of the same.

He urged upon the participants to extend their co-operation and assistance to Police to eradicate social evils like drug smuggling, illicit liquor, bovine smuggling and other social crimes from the society and to evolve a peaceful/crime free atmosphere.

The people were also urged to provide inputs/information to Police about bovine smuggling, drug smuggling or any other criminal activities in the area. They were also advised to keep watch and ward on their children so that they may not fell prey to any bad habit which would spoil their future. The participants were thanked for sparing their valuable time and attending the programme.