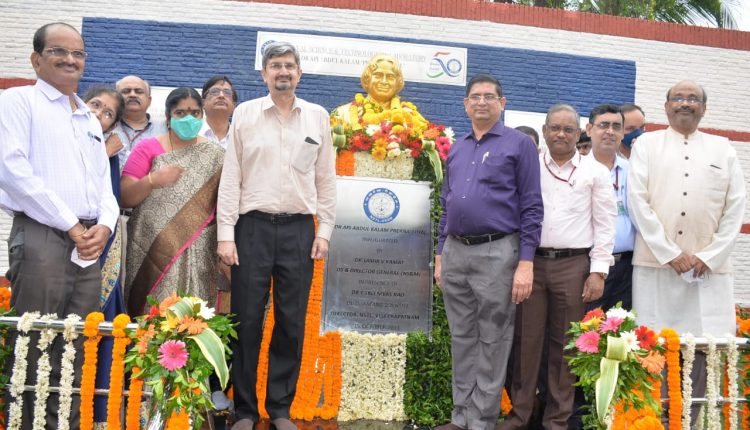 On the occasion, NSTL products Varunastra, Torpedo Advanced Light (TAL) and Maareech decoy are being displayed at the venue.

As part of ‘Azadi Ka Amrit Mahotsav’, the DRDO is taking various initiatives towards highlighting the importance of R&D and increasing awareness among general public and igniting young minds in particular. Dr Kalam’s Prerana Sthal will motivate the people particularly young minds from Dr Kalam’s life and his impeccable achievements.

Seven new defence companies, carved out of OFB, dedicated to the Nation on the occasion of Vijayadashami