CDRI Awards were instituted in the year 2004 to promote scientific excellence in the country and to recognize outstanding contribution in the area of Drug Research and Development.  These prestigious awards are given annually to the Indian Nationals below 45 years of age who have carried out outstanding research work in the area having direct bearing on Drug Research and Development. There are two separate individual awards in the area of Chemical Sciences and Life Sciences. Each award carries a Cash prize of Rs. 20,000/- and a citation.

These awardees are usually nominated by the head of Institutions/Organization/Universities/Industries, Bhatnagar Awardees, Fellows of National Science Academies. A committee comprising of eminent scientists scrutinize the nomination/application and select the CDRI Awardee. 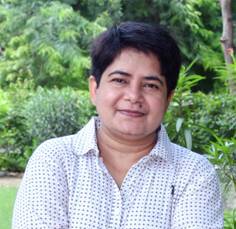 Recipient of CDRI Award 2020 in Biological Sciences, Dr. Bushra Ateeq currently holds a position as an Associate Professor and a Senior Fellow of the Wellcome Trust/DBT India Alliance at the Department of Biological Sciences and Bioengineering, Indian Institute of Technology Kanpur. She shared her notable contribution during the award oration, entitled “Mechanistic insights into etiology of aggressive SPINK1-positive prostate cancer: a quest for new therapeutic avenues.” She discovered the underlying molecular mechanism involved in SPINK1 (APancreatic secretory trypsin inhibitor (PSTI) which is also known as serine protease inhibitor Kazal-type 1. Collectively, her findings provide an explanation for the paradoxical clinical-outcomes after Androgen Deprivation Therapy (ADT), possibly due to SPINK1 upregulation, and offers CK1 inhibition as a strategy for Prostate Cancer adjuvant therapies. Dr Ghosh received CDRI Award 2020 in Biological Sciences, for the development of efficient cell penetrating peptides (CPPs) which has tremendous implications in medicine. Dr Ghosh is presently working as Professor in the Department of Bioscience and Bioengineering at Indian Institute of Technology, Jodhpur. His extensive research work highlights the importance of two amino acids, arginine and tryptophan in the cell penetration. His study opens up new avenues towards the development of next generation cell penetrating peptides (CPP) and major groove specific anticancer drugs. 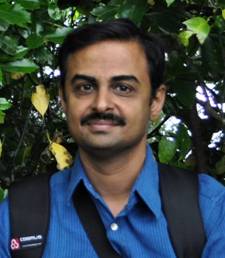 Dr Ravi Manjithaya received CDRI Award 2020 in Chemical Sciences. He is presently working as Associate Professor at Jawaharlal Nehru Centre for Advanced Scientific Research, Bangalore.  In his award oration, he spoke about Autophagy, a cellular waste recycling process which is critical for maintaining organellar, cellular and organismal homeostasis. Dysfunctional autophagy results in a plethora of diseases including neurodegeneration, intracellular infections, and cancer. He has identified and characterized several autophagy-modulating small molecules. He also discussed how, using cellular and a preclinical mouse model of Parkinson’s, some of these molecules can have therapeutic potential. Thus, chemical genetics approach, while shedding light on basic cellular principles, also reveals potential therapeutic avenues towards diseases that currently have no cure.

India and Australia further Strengthens their Partnership on Skilling Agenda