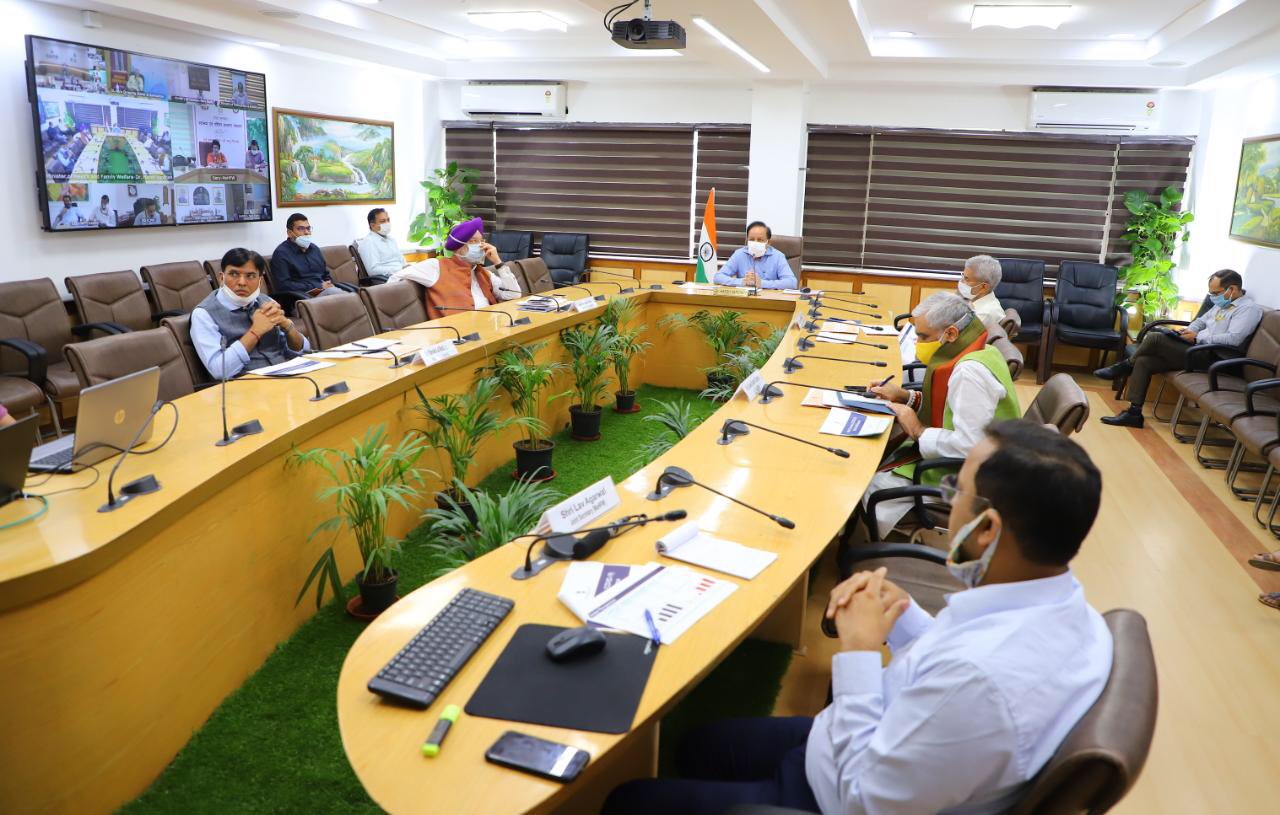 At the outset, the GoM was briefed on the current status of COVID-19 in India. The global comparison between the five most affected countries clearly depicted that India has one of the lowest cases per million (538) and deaths per million (15) compared the global average of 1453 and 68.7, respectively. Within the country, eight states (Maharashtra, Tamil Nadu, Delhi, Karnataka, Telangana, Andhra Pradesh, Uttar Pradesh and Gujarat) contribute to around 90% of the active caseload and 49 districts account for 80% of active caseload, as of today. Moreover, six states (Maharashtra, Delhi, Gujarat, Tamil Nadu, Uttar Pradesh and West Bengal) account for 86% of total deaths, and 32 districts account for 80% deaths. The GoM was briefed that special efforts were made in the regions showing higher Case Fatality Rate.

It was mentioned that the Centre and State/UT cooperation measures taken at regular intervals include regular visit by Central Teams of public health experts to the most affected states for handholding and supporting States for more effective containment & control measures. The regular VCs chaired by Cabinet Secretary with all States/UTs focus on containment of the spread, ramping up the testing and reducing the mortality.

Dr Harsh Vardhan stated that “as we move forward, our focus shall be on the management of COVID-19 through strict containment measures and surveillance; utilizing full testing capacity; focus on monitoring of co-morbid and elderly population; predicting emerging hotspots leveraging digital tools such as Aarogya Setu; ensuring seamless patient admission processes; focus on infrastructure preparedness (critical care beds, oxygen, ventilators and logistics).” He pointed out that “along with States/UTs, our aim is to reduce and keep the Case Fatality Rate low by early identification and effective clinical management”.

Dr. Sujeet K Singh, Director (National Centre for Disease Control) presented a detailed report on surveillance efforts undertaken in India during the pandemic. The focus was on strict containment strategy and surveillance through SARI/ILI cases, serological survey and increase in lab network to widen countrywide testing. The major concern areas in the country were highlighted and the measures to be taken were listed including timely clinical management along with testing and surveillance in the high risk population with co-morbidities to reduce the Case Fatality Ratio.

In a detailed presentation by Shri Amit Khare, Chairman of Empowered Group-8 (on Information, Communication and Public Awareness), the GoM was briefed on the key steps taken in Communication of Information and in raising public awareness. The group received 6,755 alerts of fake news out of which 5,890 were replied to directly and rebuttals were published to 17 foreign media stories. The group also coordinated the issue of 98 daily COVID-19 bulletins, 92 media briefings and 2,482 press releases. The group played a pro-active role in behavioral change campaign during the pandemic and in creating awareness regarding the relief measures to farmer and MSME units under the Atma Nirbhar Bharat Abhiyaan launched by the Prime Minister. It was highlighted that the mental health issues related to COVID-19 pandemic will be a major part of the communication strategy going forward through discussions in the media. Dissemination of messages and information in regional language was focused on to reach maximum audience through interpersonal and mass communication.