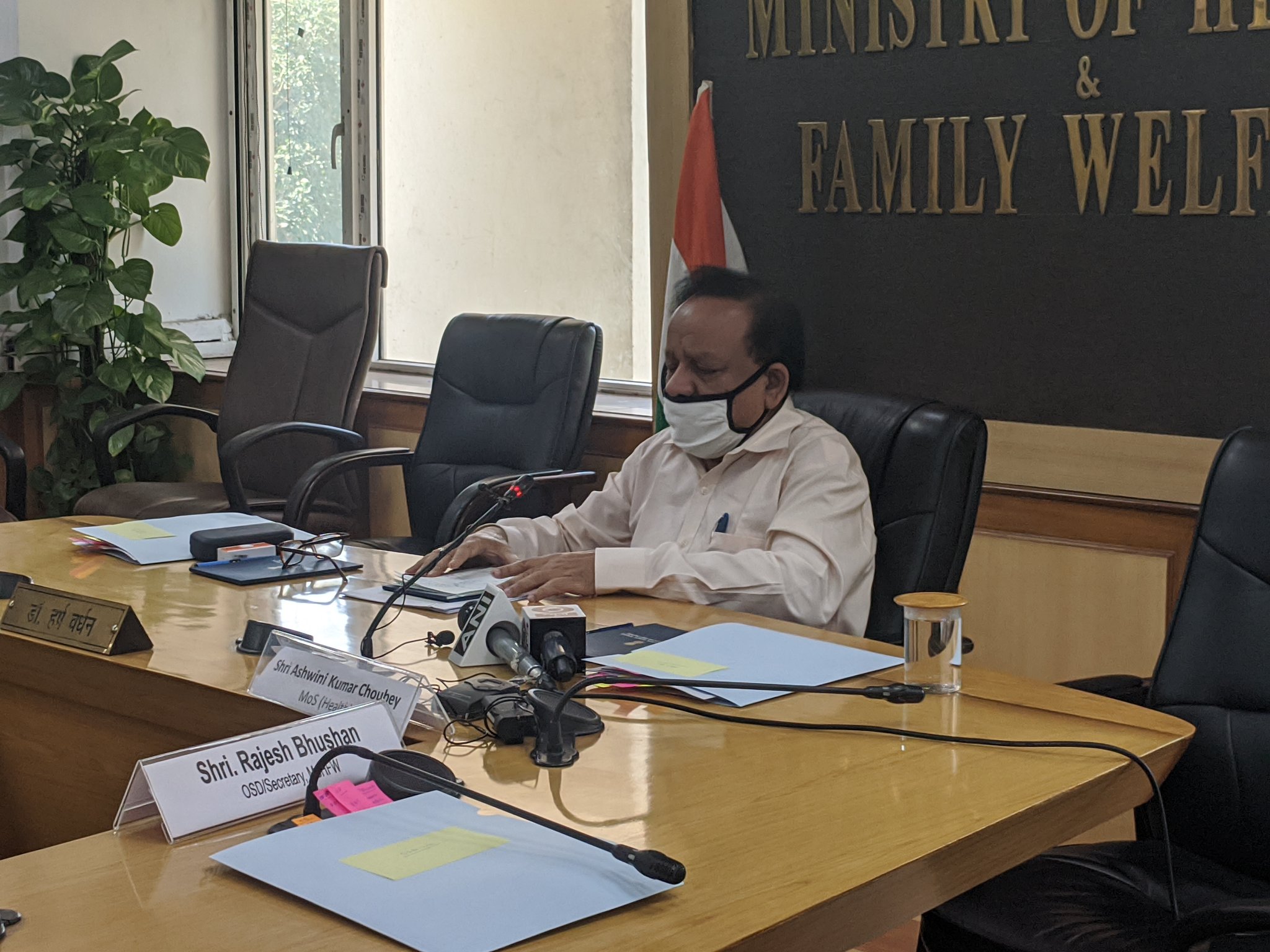 Addressing everybody present on the occasion, Dr. Harshan Vardhan said, “The government under the leadership of Prime Minister Shri Narendra Modi ji has prioritized reforms in medical education as a key component in governance. The Medical Council of India is being replaced by a new National Medical Commission through an Act of the Parliament which will go a long way in overhauling the quality of medical education, bringing it at par with the international standards.” Further, enumerating the government’s achievements, he added “158 new medical colleges have been opened in the last five years. These include 42 colleges that have been opened as part of the Central Scheme of Establishment of medical colleges attached with district hospitals. Under this Scheme, 157 new colleges have been planned, of which, 75 were approved in 2019-20. The Scheme provides for establishment of new medical college by upgrading the district hospital preferably in the underserved districts of the country.”

Dr Harsh Vardhan also stated “over the last five years, we have been able to add approx. 26,000 seats in MBBS and 30,000 seats in post-graduation. The establishment of such large number of medical colleges and increase in medical seats in the country are outcome of a number of initiatives and reforms undertaken by the Government. These measures are accelerating improved access to tertiary care and expansion of medical education in underserved areas”.

The Union Health Minister stated that as a measure to improve the quality of medical education in the country, a common entrance examination, namely, NEET has been introduced for admission to all medical courses. Common counselling at State level has also been introduced through appropriate changes in regulations. These measures have brought about complete transparency in medical admissions, improving the quality of students and the overall standard of medical education, he added.

“We are committed to carrying out similar reforms in other sectors of health education as well. The government has recently approved the introduction of a new law for a regulatory body for all the allied and healthcare professionals called ‘The National Commission for Allied and Healthcare Professionals Bill’. This law, once passed, will fill in the long-felt vacuum for regulation and development of more than 50 different allied and healthcare professions”, Dr Harsh Vardhan said.

The country has seen rapid progress in setting up 22 more AIIMS across the country, of which six are fully functional and MBBS classes have started in fourteen.

Sh. Ashwini Kumar Choubey expressed his happiness that today’s event would take India one step closer to the Prime Minister’s goal of “Sarve Santu Niramaya”. Speaking on the unique health challenges faced by Rajasthan, he reminded how the State is one of the biggest beneficiaries of the Scheme, “Under the three phases of the Scheme, a total 23 medical colleges have been sanctioned for the State – seven in Phase I, one in Phase II and 15 in Phase III. Out of these, six medical colleges of Phase I have become functional.”

Sh. Ashok Gehlot thanked the Union Government for its pro-active role in setting up health infrastructure in Rajasthan and discussed possible ways in which Centre-State co-operation can be extended to help the people of Rajasthan tide over the COVID crisis.

In the same vein, Dr Harsh Vardhan also lauded the co-operative federalism in fulfilling former Prime Minister Vajpayee ji’s commitment to the nation. He had promised to rectify regional imbalances in health infrastructure by setting up AIIMS and SSBs in regional medical colleges in his 2003 Independence Day speech.

Dr. Harsh Vardhan: “A robust Climate Risk management framework calls for a multi- level approach across the country to determine various climate change risks likely to impact the country while also providing a broad understanding of the loss and damage likely to be caused due to these risks”