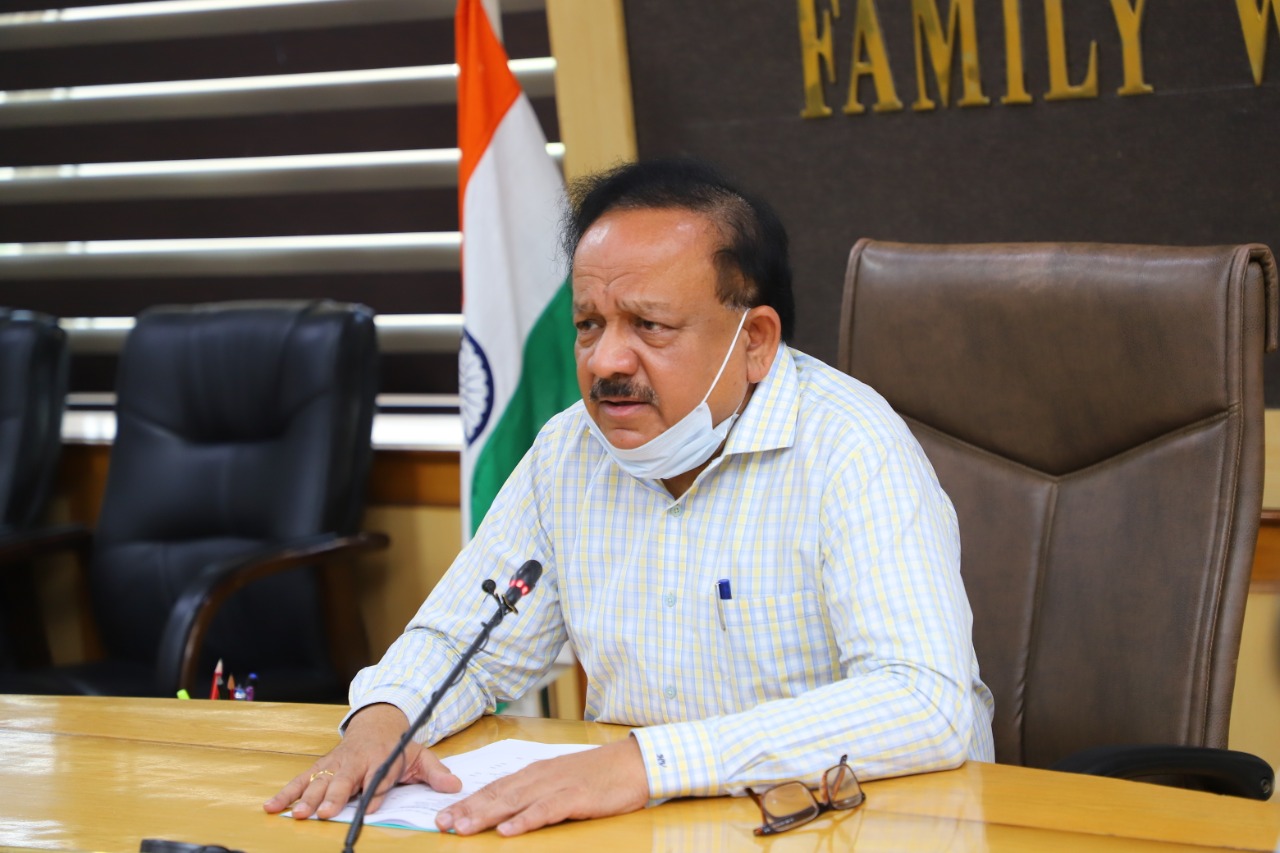 New Delhi: “I really value Rotarians having given a great contribution in our fight against COVID-19. In fact the contribution is appreciable in terms of PM CARES contribution, equipments, sanitizers food, PPE kits and N95 masks etc. for hospitals.” Union Health Minister stated this while interacting with the Rotarians across the country through Video Conferencing (VC) with an aim to involve them to assist in involving more and more concerned people in the fight against COVID-19. Right from the day, I joined public life 27 years ago, Rotarians across the country offered their services in eradication of Polio from Delhi and India. Once again the Rotarians are here to express their firm commitment to work with Government of India in overcoming this challenge of mitigating effects of COVID-19. We all have to rise to the occasion to work together to defeat COVID-19 which has spread across 215 countries in the world,” he said.

Dr. Harsh Vardhan also conveyed thanks to the Rotarians for contributing an amount of 26 Crores in the PM CARES fund. Further the Rotarians also executed works worth Rs. 75 Crores. This sort of humanitarian help is worth appreciable.

I may like to state that “India was the first country in the world, to respond to China’s first disclosure about Corona Virus to the world. On the very next day India initiated steps to monitor the situation and first joint Monitoring Group meeting was held . A Group of Ministers under my Chairmanship was also constituted by Hon’ble Prime Minister Shri Narendra Modi to take important decisions as per the evolving situation. This was enough to set the tone for a highly spirited war against fatal virus across the country.”

“I am extremely satisfied to listen to your positive and worthy comments on the actions taken by the government under the leadership of the Prime Minister Shri Narendra Modi, which are being appreciated by the world leaders and international organisations including WHO,” he said.

“Most of the Countries are involved in developing a Vaccine and drugs for Corona Virus. The world has been acknowledging the fact that India is placed much better than other countries in her fight against Corona Virus. Since the development of a vaccine is going to take a longer time, till then we may depend upon an effective ‘Social Vaccine’ which can be used by following principles of Lockdown and Social Distancing.

“Many concerned countries are involved in developing the much needed vaccine and drug though its going to be a long journey in developing and later on introducing the same for affected people across the world. The Ministry of Science & Technology under my charge has also been working on innovations and have been funding certain projects which are going to make the testing procedure quite fast” he said. “A low-cost diagnostic test kit that can confirm Covid-19 in just two hours has been developed by the Sree Chitra Tirunal Institute for Medical Sciences and Technology (SCTIMST). The test kit, funded by the Department of Science and Technology, called Chitra GeneLAMP-N, is highly specific for SARS-CoV-2 N-gene and can detect two regions of the gene which will ensure that the test does not fail even if one region of the viral gene undergoes mutation during its current spread,” he said.

While referring to the curiosity of people to know about the risk hovering around, Dr, Harsh Vardhan highlighted the effectiveness of ‘Aarogya Setu’ mobile application, which has been downloaded by more than 05 crore people. It is a mobile application developed by the Government of India to connect essential health services with the people of India in our combined fight against COVID-19. The App is aimed at augmenting the initiatives of the Government of India, in proactively reaching out to and informing the users of the app regarding risks, best practices and relevant advisories pertaining to the containment of COVID-19.

The Union Minister stated, “Ministry of Health and Family Welfare has also issued a detailed guideline on enabling delivery of essential health care services to meet the unprecedented demand on the current healthcare system during this outbreak. Such patients may also be provided services related to tele-consultation, digital prescription and home delivery of medicines. Dr. Harsh Vardhan exhorted Rotarians not to believe ongoing rumour mongering and misinformation being spread by certain vested and irresponsible interests. In order to overcome this situation, our government has issued 543 crore SMSs sent and introduced pre-recorded caller tune message being played over mobile before start of actual conversation,”.

“I am really looking forward to have another round of active cooperation & contribution from the Rotarians which will definitely prove to be result oriented in the best interest of the nation,” said Dr. Harsh Vardhan.