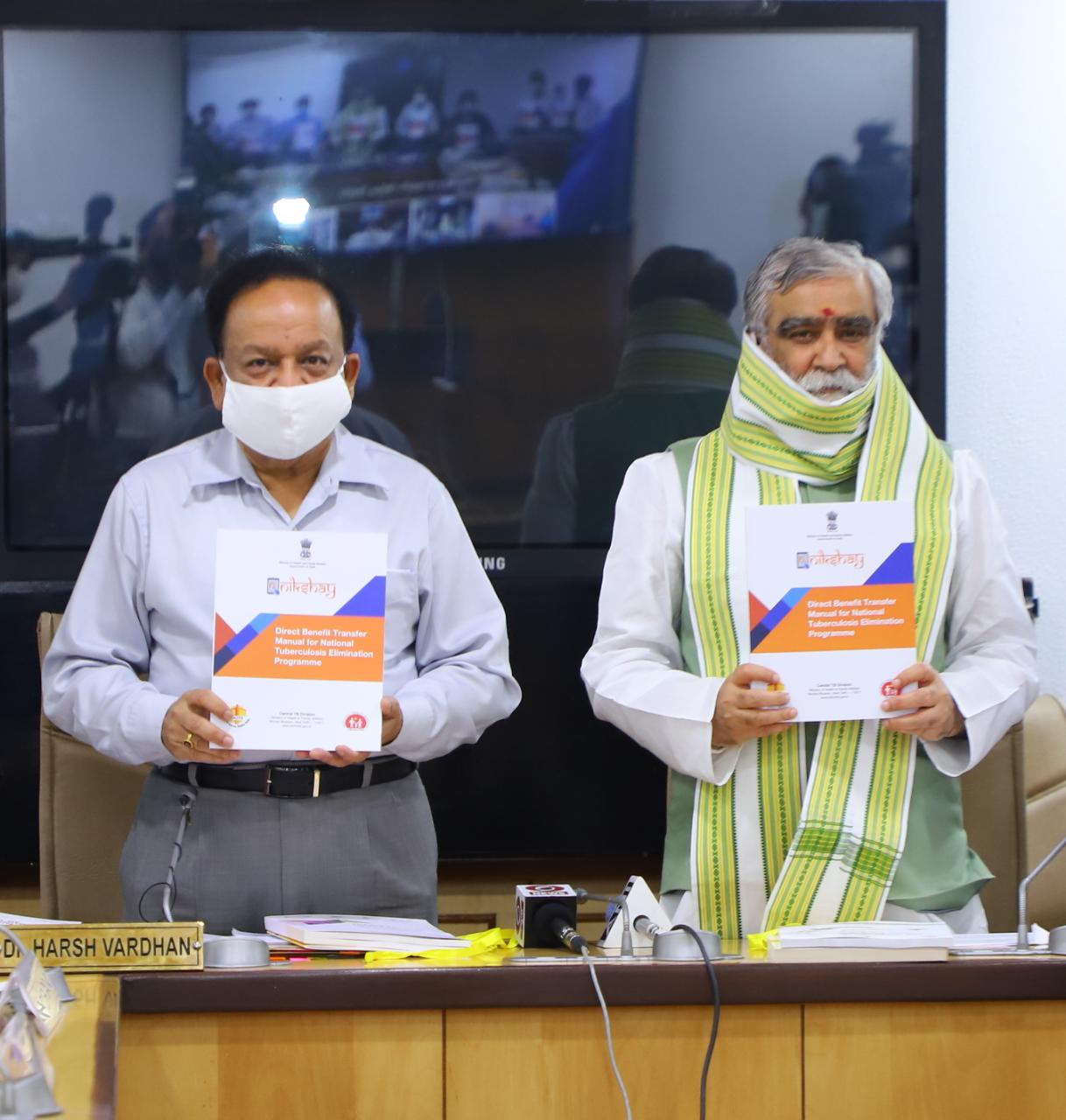 The key achievements listed in the Report include:

Around 24.04 Lakh TB patients have been notified in 2019. This amounts to a 14% increase in TB notification as compared to the year 2018.
Achieving near-complete on-line notification of TB patients through the NIKSHAY system.
Reduction in the number of missing cases to 2.9 lakh cases as against more than 10 lakhs in 2017.
Private sector notifications increased by 35% with 6.78 lakh TB patients notified.
Due to easy availability of molecular diagnostics, the proportion of children diagnosed with TB increased to 8% in 2019 compared to 6% in 2018.
Provision of HIV testing for all notified TB patients increased from 67% in 2018 to 81% in 2019.
Expansion of treatment services has resulted in a 12% improvement in the treatment success rate of notified patients. For 2019 it is 81% compared to 69% in 2018.
More than 4.5 lakh DOT Centers provide treatment covering almost every village across the country.
NIKSHAY also expanded the provision of four Direct Benefit Transfers (DBT) schemes of the programme –
Nikshay Poshan Yojana (NPY) to TB patients
The incentive to Treatment Supporters
Incentive to Private Providers and
Transport incentive to TB patients in the notified tribal areas

Releasing the Annual TB Report, Dr Harsh Vardhan commended the collective efforts of all who were involved in this task. “The Government of India under the dynamic leadership of Prime Minister Shri Narendra Modi ji is committed to achieving the SDG goal of eliminating TB in the country by 2025, five years ahead of the Global Target. To align with the ambitious goal, the programme has been renamed from Revised National Tuberculosis Control Program (RNTCP) to National Tuberculosis Elimination Program (NTEP)’, he stated.

“As captured in the Annual report, there has been commendable achievement on various parameters of TB Control in the country. The ranking will surely encourage all the States/UTs to improve their performance to attain their targets. Early accurate diagnosis followed by prompt appropriate treatment is vital for ending TB. The National TB Elimination Programme (NTEP) has expanded both the laboratory network as well as diagnostic facilities to cover the entire country. To End TB by 2025, expansion of TB services and addressing determinants of TB that are beyond health, through a multi-sectoral approach is necessary. All these efforts are yielding significant results.”

Highlighting the crucial aspect of stigma against TB patients in the country, which is hampering the fight against this disease, Dr Harsh Vardhan said, “We as a nation, need to come together, to fight against TB and the stigma surrounding it so that every TB patient can seek care with dignity and without discrimination. The community must act as a wellspring of support and comfort for the patient.”

Underscoring the crucial contribution that the private sector can make to the national TB programme by mandatory TB notification and providing quality TB care, he added that with both collaborative and regulatory steps, the country has notified 6,64,584 TB patients in 2019 in the private sector which amounts to a 22% increase in TB notification as compared to the year 2018.

“The salient feature of this year is that for the first time Central TB Division (CTD) introduced a quarterly ranking on TB elimination efforts by all the states and UTs. Treatment linkage of drug resistant TB patients, HIV testing of TB patients, Nutritional assistance to TB patients in the form of NIKSHAY Poshan Yojana (DBT), Universal Drug Susceptibility Testing (UDST) coverage among notified TB patients, TB Preventive Therapy (TPT) coverage and Financial expenditure are included in the assessment criteria”, the Health Minister highlighted.

Shri Ashwini Kumar Choubey, Minister of State, Health and Family Welfare said, “The Government has already incorporated a community-based response for TB as one of the key strategies to reach the unreached and to support TB patients in the course of their illness. Towards this end, over 700 TB Forums have been established at the State/UT and District level involving all stakeholders. These TB Forums will provide a multi-sectoral and community-led response to addressing the challenge of TB.”