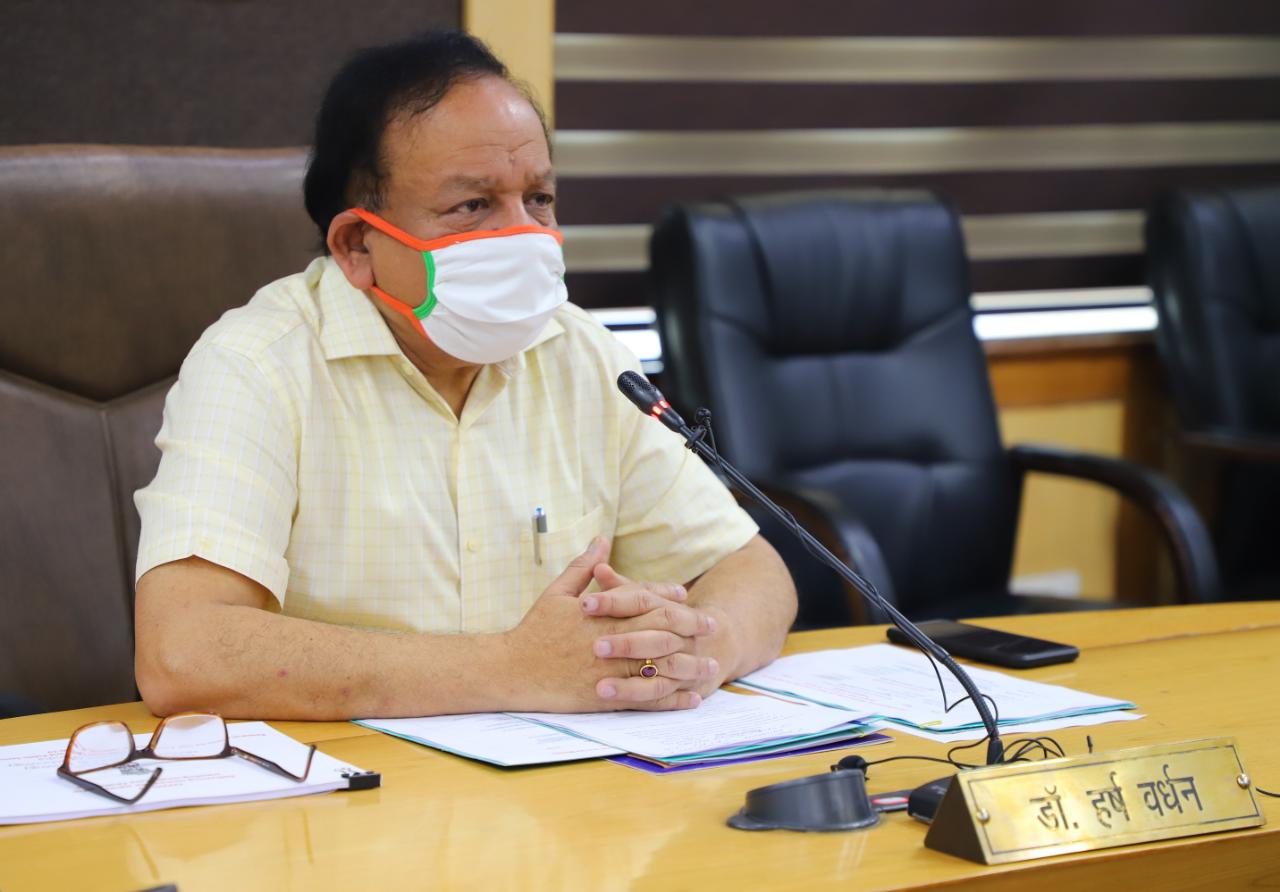 New Delhi: Dr.Harsh Vardhan today assured all support to the State Government of Bihar for the containment and management of the Acute Encephalitis Syndrome (AES) cases. He stated this during the review meeting for AES in Biharwith Shri Mangal Pandey, Health Minister of Bihar through Video Conferencing, where he took stock of the situation from the functionaries at grass-root level. Shri Ashwini Kumar Choubey, MoS(HFW) was also present during the meeting.

At the outset, expressing concern over the deaths of children from AES, the Union Health Ministry stated that “It is painful to know that in a particular time during summer from May 15 to the month of June, there is always a hike in the rate of death of young children due to AES in Bihar”. He stated that with proper interventions at multiple levels, these deaths can be prevented through timely care. Dr. Harsh Vardhan stated, “The fight against the AES is an old one and we know it quite well. The issue is to take preventive, pre-emptive and comprehensive measures to prevent it by taking a systematic approach.” The Union Health Minister recalled his visit to the State of Bihar on the earlier two occasions in 2014 and 2019 during AES outbreaks when he had taken stock of the situation himself, met the child-patients and their parents to discuss and ascertain the root causes of the illness.

Dr. Harsh Vardhan stated, “This time too, we are constantly monitoring the situation and are in regular touch with the State health authorities for managing the AES situation”, he said. He asked the State authorities to constitute a Committee of Experts to keep a round-the-clock surveillance in affected areas and suggest timely preventive action. He further said that with such approach we would be able to contain the spike in AES cases in the time to come.

“The Ministry of Health & Family Welfare would provide full support and handholding to the State Government through National Health Mission (NHM) for health systems strengthening. Other Ministries of the Central government, including the Ministry of Women and Child Development,would also be requested to provide support as part of the immediate and long-term measures”, he stated.

Elaborating on the support being extended to the State of Bihar, Dr. Harsh Vardhan said, “Apart from constitution of the Committee of Experts for daily monitoring the situation, there is an immediate need for constituting a inter-disciplinary specialist high-level team of experts drawn from National Centre for Disease Control (NCDC), National Vector Borne Disease Control Programme (NVBDCP), Indian Council of Medical Research (ICMR), AIIMS, Patna, Child Health Division of the Union Ministry of Health & Family Welfare to guide the policy interventions and support the State in containing the cases of AES and Japanese Encephalitis”.

Outlining the specific steps that the State needs to take immediately, he said, “We have to ensure that new pediatric ICUs are immediately made functional for such illness; providing adequate medical facilities with at least 10 bedded pediatric ICUs in nearby districts; making available the ambulance services during the peak hours of 10.00 PM to 08.00 AM when most of the children get symptoms of AES like fever, seizures, altered sensorium etc.; prepare doctors, paramedical and health force to take up the challenge especially during peak hours; expedite the work of setting up new super specialty hospitals and other proposed and promised improvements in infrastructure.”

Dr. Harsh Vardhan exhorted all to ensure that the cases of AES are not neglected and eclipsed during the time of COVID outbreak.